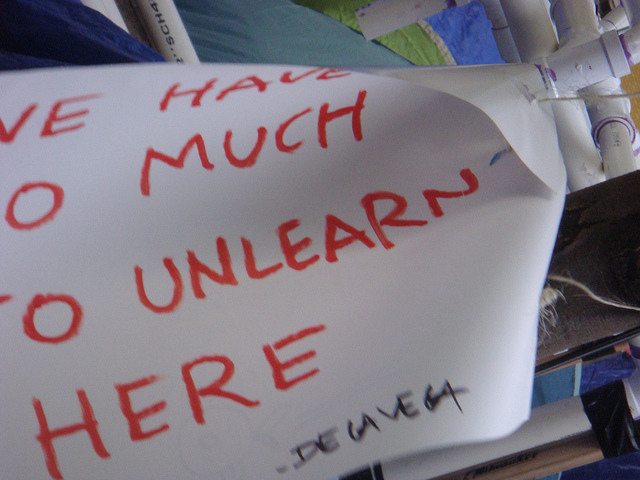 There are two things that I did not need to teach my children. These are built-in, hardwired instincts. Traits endowed by evolutionary genetics to ensure the survival of the species.

One: there is a limited amount of good stuff in the world.

Two: if I am going to get as much of what I need / want of those limited goods I am going to have to protect them from you. Corollary: this pretty much means I’ll have to take by force or use violence of body or voice.

These two propensities underlie the entirety of our systems of war, unjust distribution of wealth and power, systemic violence and tribalism. What I’ve said about tribalism I’ll say here about a mindset of scarcity and protectionism: what kept us alive up to this point is now starting to kill us. Or, in the lingo of business leadership: What go us here won’t get us there.

The funny thing about the scarcity mindset is that so many of us who work so hard to protect our stuff have never really had to go without. Again, this is not something that needs to be learned. My children have never had to miss a meal one day in their lives, something for which I am enormously grateful. And yet, they will fight over food or screen time or toys or books.

In The Wealth of Nations one of the foundational assumptions about an industrialized economy is that the greater level of worker productivity, generating greater amounts of sales and revenue, will be a boon to every worker–that laborers will benefit from the ways that they themselves are growing the economy. But shareholders and C suites operate out of a scarcity model that somehow manages to see scarcity and doom in the notion of distributing throughout the system the wealth created by that system.

I tend to think that if Christians lived into the teaching of scripture that there is enough, and in fact that there is abundance to supply all our needs, it would be one of the most socially subversive acts imaginable. It would be a manifestation of “do unto others as you would want done to you” that would cut against the grain of consumerist capitalism.

But I wonder if, at the same time, it would actually cause an explosion in capitalistic economic growth. What if that fundamental feature of industrialized economic systems actually played itself out? What if the capital that we so deeply worship found itself infused back into the system more broadly because the people who created the wealth actually got to take part in its receipt and redistribution? It would be like a monthly version of that Bush tax rebate… 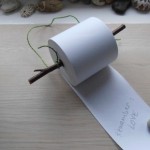 The IMDB "Goofs" page for the...
slacktivist
Related posts from Storied Theology