Remembering the Sound of Hal Douglas

Hal Douglas. Yes, you know him. Or at least you know what he sounded like.

From his NY Times obituary:

Mr. Douglas was known for a generation in the voice-over industry as one of the top two or three go-to talents, along with Don LaFontaine, the most prolific, who died in 2008, and Don Morrow, the voice of the “Titanic” trailer.

The flexibility of his voice, and the longevity of his career — he worked steadily until two years ago — made him a “one name” phenomenon in Hollywood, said Marice Tobias, a consultant and voice coach to many A-list actors. “When you go past superstar status, you reach icon status in this business, where people know you by one name only,” she said. “That was Hal.”

Mr. Douglas, who never lived in Hollywood, preferring to work from studios in New York, took a more relaxed view of his work. “I’m not outstanding in any way,” he told The New York Times in 2009. “It’s a craft that you learn, like making a good pair of shoes. And I just consider myself a good shoemaker.”

I love folks like that — people who have obvious and extraordinary gifts, yet who feel like they’re exercising (and honing) a craft, rather than channeling some external (or otherworldly or unintelligible) talent. (And yes, Con Air is easily my favorite of his many, many great VO’s.)

The man in action: 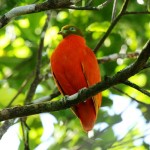 March 12, 2014
The Fruit Dove: One of Nature's Sharpest Dressers
Next Post 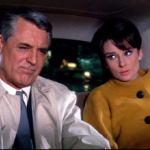