Quote of the Day, Courtesy of the Legendary Isaac Asimov (or Is It Actually “The Legendary Alan Alda?”)

In honor of the recent publication of a 55-year-old lost-then-found essay on creativity from the legendary Isaac Asimov, here’s a thought that’s been floating around in my head for a few months now — a thought that I find particularly relevant in this increasingly siloized InterWeb World in which we live.

Your assumptions are your windows on the world. Scrub them off every once in a while, or the light won’t come in.

Now, there are reams and reams of provocative Asimov quotes, but I find this one particularly challenging. And challenging whether or not the assumptions I’m looking through/around are somewhat — or even mostly — right. (OK, fine. They’re never mostly right, if I’m honest with myself. But who wants to be that?)

The problem for me is that my assumptions don’t really seem to be stand-alone things. For each one that I can readily identify, there are dozens (or millions) more. It’s a huge-and-delicate construct of interconnected hypotheses– I hesitate to call it a house of cards, because I don’t like speaking truth to my own power, remember? — and pulling one out willy-nilly can have a profoundly destabilizing effect on the whole edifice. And I hate that. (I’m also terrible at Jenga. And Pick-up Sticks.)

But at the same time, that discomfort is precisely why I need to scrub those assumption-rimed windows from time to time. Because while I’m confident that most of the larger, more fundamental presumptions are correct and that I can see through them fairly clearly to what stands without, it’s all those little assumption tendrils that can really cloud the overall picture. Taking a (regularly repeated) moment or two just to make sure I can still see through them — making sure that I can see the Light on the other side — is a good exercise no matter how comfortable I am. (In fact, it’s probably a better and more necessary exercise the more comfortable I get. And there’s something refreshingly Matthew 6:22-ish about it, as well.)

(Almost) Final Thought: Speaking of assumptions, this might not actually be Asimov. It sort of sounds like him, but I can’t put my hands on the initial source. What I did find, though, were a couple of references to Alan Alda’s 1980 Commencement Address at Connecticut College. Maybe he’s quoting Asimov without attribution. But maybe (more likely) he came up with it himself. So maybe I need need to reexamine the original claim of Asimovian authorship; maybe I need to keep on scrubbing.

Actual Final Thought: Inspired by the pictures that turned up as I researched this quote a bit, I feel compelled to ask: Is there such a thing — indeed, has there ever been such a thing — as a better combination of head/facial hair than Asmiov’s? (Just to prime the pump, the correct response is either “No,” or  “HECK, NO!!!” Comparable? Perhaps. But better? Don’t be silly. Though I am willing to reexamine that assumption, as well. Within reason, of course.)

Attribution(s): Fun-and-eminently-loopable gif courtesy of Archive.org’s public-domain clip of an interview between Sy Bourgin and Asimov. Also, Photoshop and a whole lot of patience. (Yeah, I don’t know where that last one came from, either. Weird.) 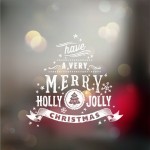 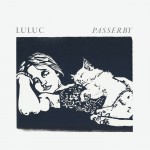 December 18, 2014 Parked By the Jukebox with Luluc's "Passerby"
Recent Comments
0 | Leave a Comment
Browse Our Archives
Related posts from Summa This, Summa That