Does Mental Illness Make You Violent?

We are in the midst of an epidemic of gun violence in America. Every week seems to bring a new tragedy to the front pages of our newspapers. This year alone, there have already been almost twenty mass shootings. This problem has plagued the United States for decades, and doesn’t show any sign of slowing down. And, tragic as they are, mass shootings account for only a small fraction of all gun-related deaths. They’re only the tip of the iceberg. Every day, 100 Americans lose their lives to gun violence.

Is it the guns? Or is it mental illness?

Gun violence is complex: just as there is no single source, there is no one-size-fits-all solution. To end gun violence, we need dedicated, bipartisan, creative work at all levels of society. We must strike at the root of the problem by addressing the underlying causes.

However, there are two competing narratives in the public arena. The first is that firearms are to blame, and we need to limit the ownership and use of guns to reduce violence. This argument has a lot of statistical support. Permissive gun laws have been causally linked to higher rates of homicide by gun violence. As a whole, gun-related deaths are drastically higher in states with more permissive laws, and 25 times more common in the US compared to our peer countries, where firearms are less accessible.

Certain government leaders stubbornly ignore these facts. Instead, they argue that gun violence is perpetrated by people suffering from mental illness. Only those with poor mental health, in these politicians’ view, should be denied access to guns. Furthermore, the mentally ill should have other rights taken away: Trump has said that the “insane” should be institutionalised because “we can’t let [them] be on the streets.”

There is a lot at stake. Those suffering from mental illness already face serious stigma and discrimination — and are themselves more likely to be victims of violent crime. The rhetoric on gun violence makes this worse, because it inextricably intertwines mental illness and dangerousness.

Mental illness does not make you dangerous

Trump isn’t alone. According to a survey, almost two-thirds of Americans believe that a schizophrenia patient acts violently toward others, while one-third believe someone with depression would do so.

But here’s the cold, hard, scientific truth. People with mental illness are not a violent threat to society.

The research itself is nuanced. The relationship between mental illness and violence depends on how you define mental illness, and how you define violence. It’s true that there are some psychiatric conditions — particularly personality disorders — that are associated with higher aggression and violent crimes. However, this is only a small subset of mental illness. Furthermore, this association is based on flawed research: it drew data from the criminal justice system (which is not representative) and did not control for third variables.

The MacArthur Violence Risk Assessment Study fixed these flaws. Researchers used three different sources of data, and controlled for variables such as comorbid psychiatric disorders and the quality of the neighborhood. They found that most violent offenders who suffered from mental illness also struggled with drug or alcohol abuse. And, after controlling for substance use disorders, those with mental illness weren’t any more violent than other residents of their neighborhood. This suggests that social and economic factors are at least partially responsible for the epidemic of gun violence. Since the MacArthur Study, other research projects have confirmed that poverty, exposure to trauma, and drug use predict rates of violent crime over and above any diagnosis of mental illness.

And research also shows that the institutionalization of those with mental illness won’t heal our society. “Locking them up” won’t reduce gun violence. A recent meta-analysis found that it would take the institutionalisation of 35,000 high-risk schizophrenia patients in order to prevent the perpetration of one death by violence.

People with mental illness are not a violent threat to society.

The point on institutionalization

There is one qualification worth mentioning: we do need more mental health treatment. Since the 1950’s, when the de-institutionalisation movement was born, 95% of psychiatric hospital beds have been eliminated. This reform sought to shift care to family- and community-based settings, and to increase the freedom and autonomy of mental health patients. But non-residential forms of mental health treatment have not increased to compensate for de-institutionalization, especially for more severe psychiatric disorders. Serious barriers — due to cost, availability, and stigma — remain. Particularly in rural and lower-income areas, most people suffering from serious mental illnesses to do not receive adequate care. So, they often end up homeless, or in prisons, or suffering on their own.

Here is a great review of the scientific literature on mental illness and violent crime.

Read my post on the California Bishops’ pastoral letter on mental illness. 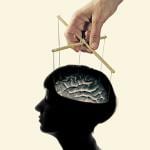 September 30, 2019 Neuroscience Does (not?) Disprove Free Will
Recent Comments
3 Comments | Leave a Comment
Browse Our Archives
Related posts from Synapses of the Soul

3 responses to “Does Mental Illness Make You Violent?”