Neuroscience Does (not?) Disprove Free Will

Neuroscience Does (not?) Disprove Free Will September 30, 2019 Sofia Carozza

The idea that neuroscience disproves the existence of free will is prevalent in popular culture. At this point, it’s old news, something that you might hear in passing at a cocktail party or on a talk show.

But has it? A closer examination of the literature shows that (1) the neuroscience experiments in question are full of problems and limitations and (2) this isn’t a scientific conclusion at all.

Research in this area began in the 1960’s, with German scientists at the University of Freiburg. The researchers asked their participants to flex a single finger of their right hand, at any interval of the participant’s choosing. While this was happening, they measured the electrical activity in the participant’s brain using EEG. Then, in order to find a neural signature of action initiation, the researchers averaged the electrical measurements of all their participants. They discovered a slow shift of activity in the motor cortex preceding each volitional bending of the finger. This signature was called the Bereitschaftspotential, German for “readiness potential.”

The psychological context of the time was hostile to freedom, perhaps especially in the behaviourist and Freudian traditions. And almost immediately, the Bereitschaftspotential was used as evidence against free will. The champion of this position was Benjamin Libet, a psychologist who argued in the 1980s that the brain initiates action before a person consciously intends to act. To prove his point, Libet designed an experiment in which subjects bent their wrist whenever they wanted to, but to keep track of the time at which they decided to bend it. At the same time, Libet measured their brain activity with EEG. Libet found the Bereitschaftspotential about half a second before the wrist flexion. However, his subjects reported that they only made the decision to flex an eighth of a second before the flexion.

Some scholars understood this to show that decision-making takes place unconsciously, in the brain, before the person is conscious of having made a decision. Others argued that free will — or rather, free won’t — may still exist, because the person could still have time to override a physiologically-initiated action. Regardless, the consensus in this community was that the human person has no conscious control over her action initiation.

The limitations of the science

The original experiments in this field have a few glaring holes. For one, Libet only recorded data when the participants flexed their wrists, leaving room for the possibility that the Bereitschaftspotential occurred at other times. In further experiments, he asked participants not to flex their wrist, but only prepare to do so – and the signal was still seen! Furthermore, the data these experiments reported was averaged over many participants and trials. Thus, they couldn’t actually predict a person’s action initiation on the basis of a single measurement.

In the years since, with greater development of neuroimaging technologies, this line of investigation has deepened. But the literature continues to face serious limitations. For instance, John Dylan-Haynes has sought to use fMRI to predict action initiation on the basis of neural activity. The media has reported his results as “successfully predicting decisions 7-10 seconds before they are made.” In reality, though, Dylan-Haynes’ accuracy was only 55%. In other words, brain imaging can slightly improve the prediction of decision-making; it can’t foresee volitional decisions as such.

These holes haven’t gone unnoticed. Though Libet’s conclusions are deeply entrenched, his work does have critics. Perhaps most exciting among these is researcher Aaron Schurger, who has worked to address the gaps in Libet’s research. I won’t go into detail here (see below for a paper!), but what you need to know is this: Schurger’s results suggest that the Bereitschaftspotential only shows spontaneous brain activity. In other words, it reflects neural noise and is not a marker of the decision to act.

But… is this science at all?

Regardless of the quality of the neuroscience research at hand, is it possible to conclude that it disproves the existence of free will?

On scientific terms alone, no. The jump from a specific scientific result to the conclusion that human beings have no free will is riddled with background assumptions.

Perhaps the most glaring is the jump from correlation (the Bereitschaftspotential is associated with the decision to act) to causation (the Bereitschaftspotential CAUSES the decision to act). The unwarranted inference of causality is a perennial temptation in the interpretation of scientific research. In reality, what the science demonstrates is much weaker. All the research shows is that an ERP signal is generally exhibited in the brain of an individual engaging in a decision-making task. To infer causation, you need to come in with prior conclusions.

Beyond the inference of causation, many implicit philosophical assumptions are at play in this particular argument against free will. Upon examination, it raises an interesting collection of questions:

What does it mean to have free will? How is related to action, intention, and desire?

We cannot answer these questions in scientific terms, on the grounds of scientific evidence, alone. Thus, the conclusion that neuroscience research has disproved free will is not scientific at all. It is philosophical. And it’s bad philosophy.

A recent piece in The Atlantic inspired this post; it’s well worth a read! 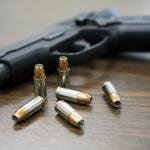 September 6, 2019
Does Mental Illness Make You Violent?
Next Post 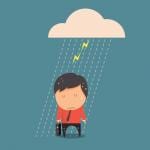 October 18, 2019 Is Most of Life Emptiness and Pain?
Recent Comments
5 Comments | Leave a Comment
Browse Our Archives
get the latest from
Catholic
Sign up for our newsletter
POPULAR AT PATHEOS Catholic
1

"I Confess" Versus "Rear Window"
Another Day, Another Scandal I said at the beginning of my last...
view all Catholic blogs
What Are Your Thoughts?leave a comment

5 responses to “Neuroscience Does (not?) Disprove Free Will”