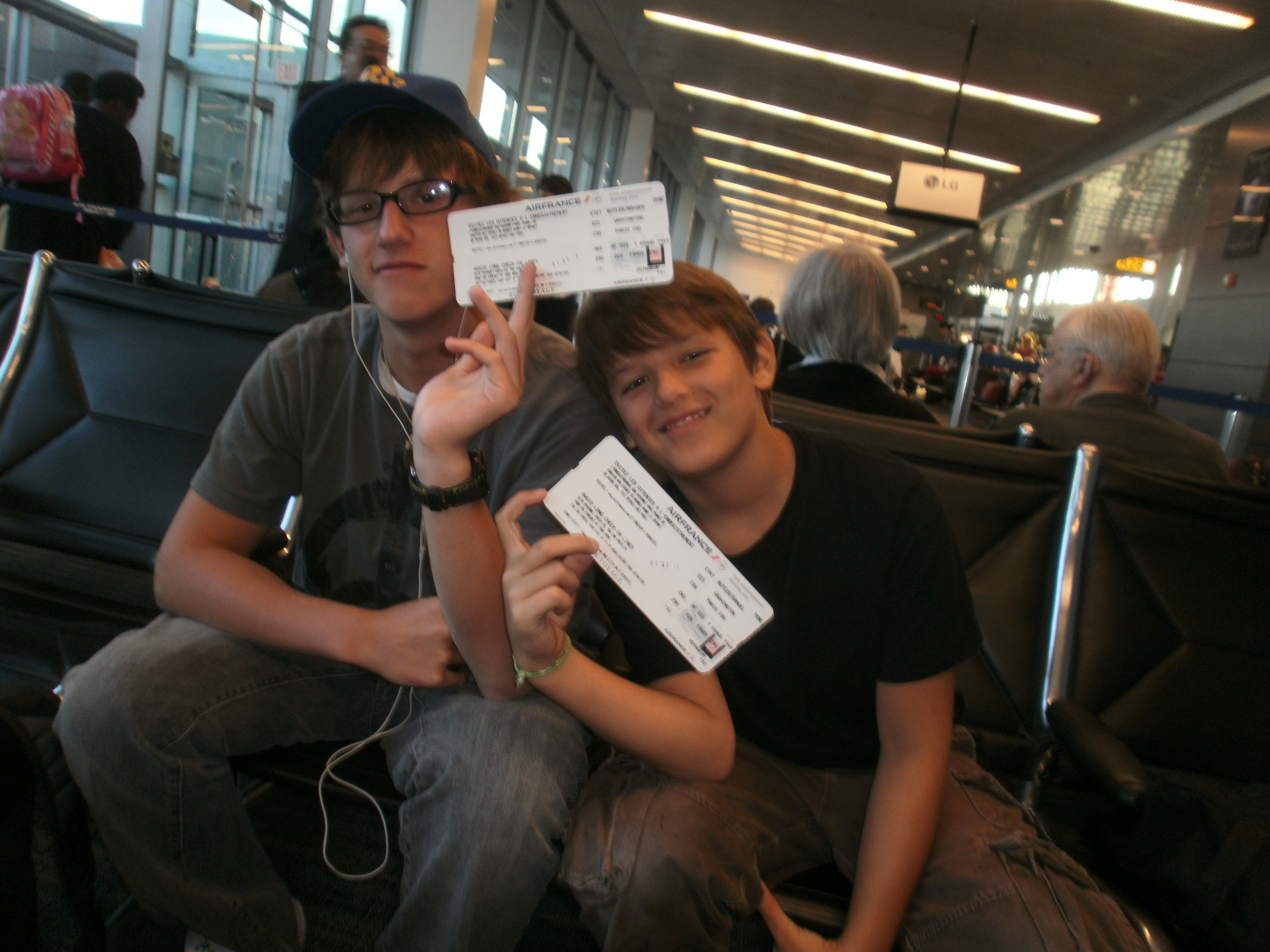 HAYDEN: Ok so yesterday we flew over to France to visit our friends the Langlois, the plane ride was pretty long but it was pretty awesome that we didn’t have to change flights but my real issue with the plane/ flights in general is that I can NEVER sleep on planes so that was not fun at all. The service was pretty good but the flight attendants confused me the whole time because they would start speaking French to me and then I would try and explain I can’t speak French which was fairly exhausting. So once I explained that I had to try and understand them in English and eventually I just gave up and took whatever they thought I wanted. So seven hours later we finally landed and I soon realize no one uses deodorant and therefore EVERYTHING stinks which was not so great for the 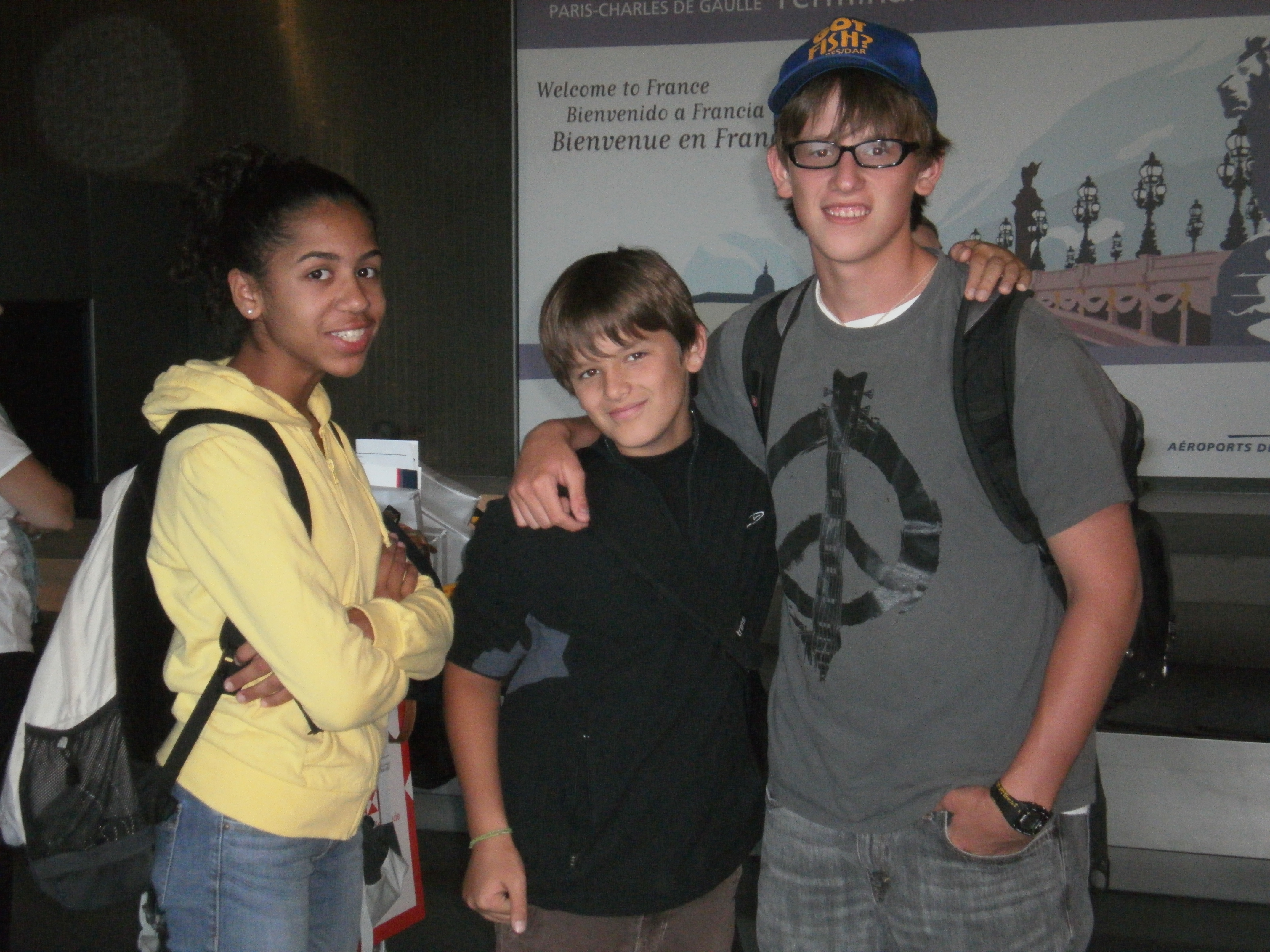 large head ache I had developed on the plane. But then we met our friend Alexis who then took us 3 hours to their home/castle which was kind of hilarious in that they have a castle and extremely uncomfortable in that we had to drive there in a car way too small so my knees ended up cramped and I couldn’t move at all, but eventually we got there and it was really great to see all the interesting architecture and apparently I play way to many WWII video games because I keep expecting a random person to pop out of a building and shoot at me haha. But last night I was so tired I slept almost 14 hours.  We woke up today and decided to be tourists and saw some really old churches and a different castle called Sully Sur Loire which were pretty cool to see and had some interesting  history. But now I’m back home and I am hoping to talk to Aimee hopefully and maybe go fishing later.

SAMMY: Yesterday, the plane ride was, well, let’s put it this way, I’ve sat in a more comfortable chair. Also, I got to eat that famous

airplane food, which, as you probably know, tastes like garbage. The movies which were the better features of the plane, were alright. At last, after 7 hours of sitting, I stepped out into the wonderful city of Paris. We did not, however, go downtown, we just drove around it to avoid traffic. After another 3 hours of uncomfortable sitting, we arrived at the Langlois house and had lunch. After lunch we just hung out, I played soccer with myself and went on the computer with Jeremy. After that, we had dinner. After dinner we had a delicious dessert that, as Jeremy said it would, improved my life by 10 %. The next day we went to this castle and looked around. We also went to a church. After that we bought a fishing pole it was fun. That was my day.

HANNAH: Yesterday we went on a 7 hour plane ride from D.C. to Paris it was long, the food was ehhh… and it was hard to sleep, but it was worth it.  When we got to Paris Alexis picked us up and drove us 3 hours south of Paris the Langlois house.  When we got there we had lunch.  I noticed that the wall sockets here are so awesome, the toilets have a button you push and it flushes!  For dinner we had crepes with cheese and ham which were really good and for dessert we had crepes with nutella and whipped cream.  Since we all had jet lag we went to bed early and slept for a veryyy long time.  This morning we were tourists and went to a church when they were having mass so we got to hear a bunch of prayers. Then we looked at the architecture and learned more about the church we also went to this castle that was huge and we went up to the tower and looked over the town, which was pretty.  We went to SuperU and bought lunch and groceries. Then Alexis took me and the boys to a wine shop and this place to get a fishing pole. When we came back and I did some math homework and waited for Naomi to come back, so I played some soccer with the boys I was goalie which was fun. Then Naomi and I went on a very peaceful bike ride in the woods. 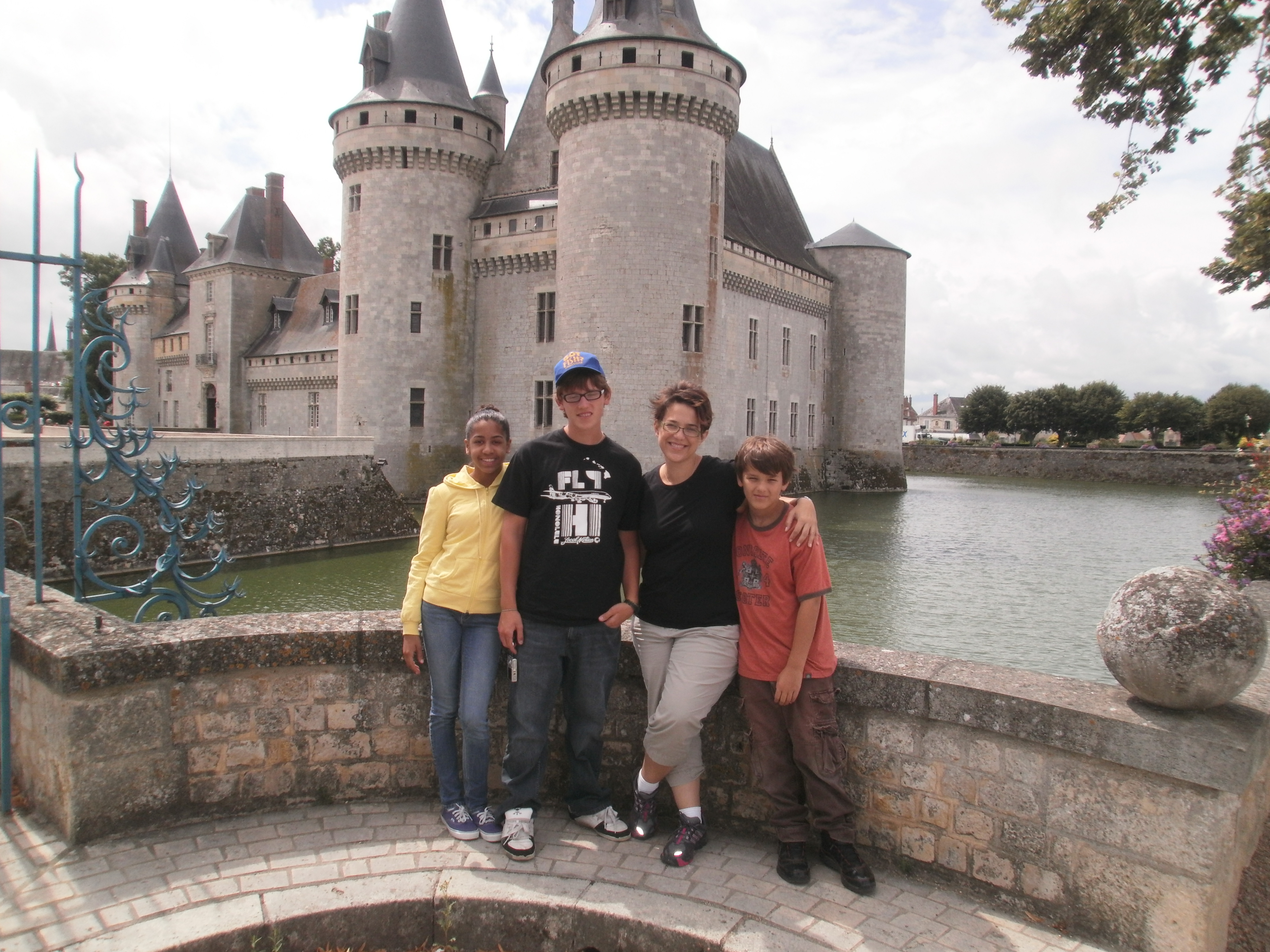