Welcome to the Meeting

She made me call a meeting.

It’s not exactly PC to admit you have a whole bunch of clamoring voices in your head, much less to call them all to a meeting.  (Um, isn’t there a medical diagnosis for that?) 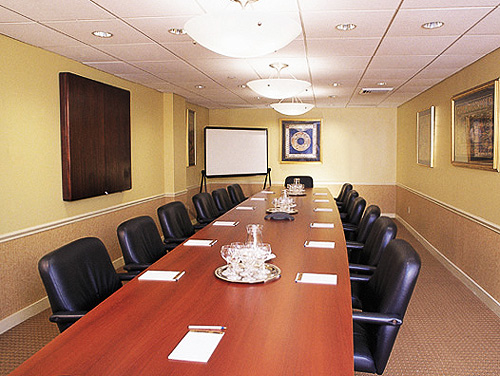 And so, rather than trying desperately to think through the next step all the while trying to tune out the loud distractions all around me, I pictured a big, huge conference table in my head.  And around the edges they gathered.

#1 The first one said it couldn’t be done.  There’s no point in even trying—THAT would be a waste of time.  Maybe someone told you you could do it, but they were wrong.  Don’t even put yourself out there; people are probably laughing behind your back as we speak, in fact.  Come on, no one wants to see you fail.  Or, maybe they do.  Do you really want to give them that satisfaction?  So don’t even go there.  Just don’t.

#2 Another voice chimed in: “You really owe it to them.”

“To them.  You know, THEM.”  All the people counting on you.  Everybody who believes you can do it.  Anybody who ever thought you ever wrote anything worthwhile in all your life.  They expect it from you.  How can you even think of letting them down?  That’s not very responsible, Amy, not very responsible at all.

#3 “Oh for God’s sake, whatever you do, don’t go there!” shouts another one from down at the other end.  How can you do this to yourself?  You know that if you start writing you’re going to cry.  Cry and cry and cry and cry and hurt.  And it might never stop hurting.  It might be like ripping open a big, gaping wound that has just, just begun to heal.  In fact, it will probably hurt so much you’ll feel like you can’t breathe anymore.  Remember how that felt?  Remember?  Please don’t do that to yourself again.

#4 But, you know . . . if you don’t write . . . you’ll never heal.  Writing is cathartic!  You know yourself well enough by now to know that writing is how things sort themselves out in your head.  Words down on paper.  You finally have the words again; they are there; you know it.  If you write and write and write, just keep writing, then it will feel better.  I promise!  It will feel better, and you might even learn things about yourself that you never knew before.  Think of all the possibilities!

#5 You can do it.  You know you can.  You just feel uncertain because you don’t know the outcome, which means you are not fully in control.  We all know how you are about not being in control.  But let’s be honest: most things are not in your control anyway.  You know that by now!  And you also know that you have a book somewhere inside; you’re going to have to write it sometime.  And whether it makes the NY Times Bestseller List or whether your mom and maybe a couple of your siblings make it all the way through, it’s just something that you are destined to do.  Like finishing your doctoral work—remember?  You can do it, and you might as well get started because, let’s be honest, it will dog you until you do.

I heard them all.  I heard them out.  But this time, instead of yelling at each other so loud that I couldn’t think straight, it was a nice, civilized meeting.  Everyone got a turn on the floor.  All the voices were heard.

Just like she told me, I ran the meeting.

Everybody spoke, everybody except one.  That last one wasn’t really another voice—it was THE voice—but as far as I could tell, God didn’t say anything.  Not one thing.  I looked over for a definitive answer, some clue about whose voice was right, but all I got was a reassuring smile.  God didn’t say: “I like what #4 has to say, but you might want to think about the excellent point #3 has put forward . . . “.  Nope.  God was just there, calm demeanor, eternal perspective, unfaltering presence.  Just right there next to me.

I’d like to say that this meeting has been called to a close.

I would like to report that I’ve carefully considered all the options and I know just exactly what the next step will be (and how the final result will turn out once I take that next step . . .).  I don’t.  I really don’t.

And so I guess that the meeting continues.

The voices will inevitably keep talking.  And I’ll just keep listening until I know it is time to get up from the table.

No matter when that happens, I know for sure I’ll keep reaching out for that presence beside me.  I suspect that, no matter how much I ask, that voice will not tell me which way to go.  But now that I can hear the voices more clearly maybe the path will unfold.   And whether it does or not . . . when it does, that is . . . the voices will fade.

I know they will.

September 16, 2010 The Hardest Question
Recent Comments
2 Comments | Leave a Comment
Browse Our Archives
Related posts from Talk with the Preacher