If your church follows the Revised Common Lectionary you will know that in these weeks after the Epiphany we are hearing parts of the Sermon on the Mount, Jesus’ famous teachings from the gospel of Matthew, chapters 5-7.  Last Sunday in worship, instead of preaching a sermon I had written, I decided to “preach” the entire Sermon on the Mount—two full chapters with no breaks, the words of Jesus.

In coffee hour after worship, several people came up to me to tell me they really did not like or agree with some of the parts of my sermon that day.

Two chapters.  Read from the Bible.  The words of JESUS.

Most of us really like certain parts of the Sermon on the Mount—the parts about the lilies of the field and where your treasure is there will your heart be also.  But there are lots of other parts of the sermon, and frankly, many of them are quite onerous.  There’s the love your enemies part, direction about not being a hypocrite, hard words about divorce, and a warning against religious leaders who smile too much.  If you listen to the whole thing instead of picking and choosing the passages you like, I will guarantee you’ll feel uncomfortable…

…which is not something we in America like very much.

For that reason, among others, we have been guilty of watering down Christian faith, turning the practice of following Jesus into a tepid list of suggested behavior, or a fool-proof recipe for wealth and happiness or, worst of all, a license to exclude or even hate people who don’t believe exactly as we do.  In short, American Christians have presented the world with a distorted picture of Christian faith.

This is not a new trend in America, but on day sixteen of the Trump presidency, this fact—like so many other hard truths Americans need to face—has become blatantly obvious.  We have watched incident after incident of outrageous rhetoric, terrifying action, and discriminatory policy rolling out of this White House, all endorsed with the self-righteous piety of recognized Christian leaders.  And this current, cheapened Christianity has now become both the face of and the justification for behavior that, by any objective judgment, is non-Christian.  We don’t even know what it means to be a Christian in America anymore.

Walter Bruggemann says it this way: “The crisis in the U.S. Church has almost nothing to do with being liberal or conservative; it has everything to do with giving up on the faith and discipline of our Christian baptism and settling for a common, generic U.S. identity that is part patriotism, part consumerism, part violence, and part affluence.” (A Way Other Than Our Own, p.3)

We can talk until late in the night about the character and actions of our new president and his cohort, about whether they are Christians or not-really-Christians and what that might mean for America.  But when we engage in that kind of conversation, we’re deflecting the real work of this moment, the work of asking ourselves some very hard questions about our identities as Americans and our claims to Christian faith.  Some of those questions are as serious as these: Are we so far gone that the test of Christian faith is whether you say “Merry Christmas” or “Happy Holidays”?  Is the way we treat each other incidental compared to party loyalty? Have American Christians started a totally new religion?

Jesus said it loud and clear in the Sermon on the Mount and on several other occasions: all God’s rules for human living are summed up in the direction to love God and love our neighbor.  Everything else springs from this work.  To be a Christian in the way of Jesus we will, in fact, have to swim upstream in today’s American culture, because even a new president can’t change what Jesus had to say in that sermon up on the mount.  Share what you have with anybody who needs it.  Love your enemies.  Live generous lives.  Tell the truth. Act toward each other the way God acts toward you. Sacrifice something big for something good.

My guess is that Jesus came down from the mount for coffee hour that day and several people told him they did not like or agree with some of the parts of his sermon that day.  It just flew in the face of the Middle Eastern culture to which they were accustomed.  I can only surmise that Jesus looked them straight in the eye, as he certainly would us, and said, “Yes.  That’s the point.” 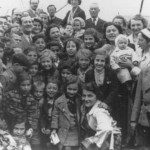 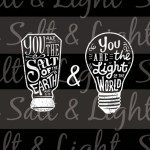 February 12, 2017 Magical Thinking
Recent Comments
0 | Leave a Comment
"Any updates with the blog ?"
Stanley Sabbath as Radical Witness
"I really, really, really liked this article. Thank you. ♥"
maguilar9855 When God Gets Political: Enough
"To the author/researcher: I am wondering if you uncovered a time when, as Dr. King ..."
Judith March Hardie MLK at The Riverside Church in ..."
"Church is boring."
Ivan T. Errible Sabbath as Relationship
Browse Our Archives