What makes a tradition “authentic”? What proves its legitimacy?

The reality is that traditions are not pure, older doesn’t necessarily mean better, and lineage is meaningless. The red flags that you are dealing with a tradition which is misrepresenting itself are as follows:

Healthy skepticism is the key when it comes to researching traditions and trying to figure out what one(s) to invest time in. Part of it is figuring out where we have the most agreement and feel the most “at home” but another part of it is making sure that the people who are maintaining the tradition are honest and straightforward about it.

Traditions thrive when they evolve with the times, allow for the opportunity for mistakes to be made and both correct and learn from them, and when its members have both a healthy attitude and relationship not just with each other but with the tradition itself. Too often people look for the wrong things in traditions, thinking that they’re guarantees of the validity and quality of the tradition. Not so. Let’s take a look at some of the presumptions people sometimes make that often prove to be fruitless:

I have blogged in the past about what you should look for in organizations and groups, as well as what to be warned away from–and similar rules apply here, too. Be thoughtful, stay curious, and always look out for yourself. Never, ever allow your personal ethics and moral values become compromised in order to belong to any group, organization, or tradition. 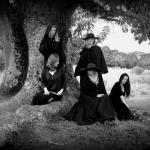 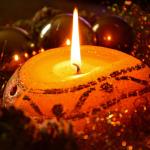 December 10, 2018 There's No Place Like Polytheism And Paganism For The Holidays
Recent Comments
0 | Leave a Comment
Browse Our Archives
get the latest from
Tea Addicted Witch
Sign up for our newsletter
POPULAR AT PATHEOS Pagan
1