Is There A Wrong Way To Be A Feminist Witch Or Pagan?

Is There A Wrong Way To Be A Feminist Witch Or Pagan? May 8, 2019 River Enodian

In a world where women face discrimination, sexism, and misogyny we frequently find ourselves faced with day to day dilemmas on how to best respond to women’s issues within our collective spaces.

What is appropriate? What is not? Can one thing which empowers one person disenfranchise another and if so, how do we best handle that?

First of all, let’s boil this down to its barest essence: feminism is the empowerment of women, fighting back against discrimination, sexism, and misogyny, and the dismantling of the toxic patriarchy that negatively impacts everyone regardless of gender identity. If what you’re doing is being true to yourself without negatively impacting other people’s rights, you’re probably good to go.

Let’s have some examples so it’s clear what I mean:

So, what did all of these examples have in common? Here’s a good list:

Feminism is about being yourself in addition to having basic human rights. It shouldn’t be just about surviving, but also about thriving. There’s no wrong way to be a woman or to honor your spirituality as a woman. But how do we handle being in traditions that have roots in misogyny, sexism, homophobia, and transphobia? I don’t feel like there’s any single bullet point that would solve this problem beyond making sure that you are super clear on the following:

In short, the only bad feminist is the one who denies other women their rights and personal autonomy based on things such as their anatomy, race, nationality, sexual orientation, and/or disability. And in allowing others into our circle and not rigidly restricting women (or anyone!) based on patriarchal notions of gender, we can fight for everyone while celebrating our own uniqueness. 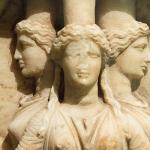 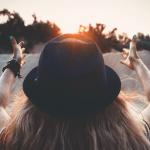