A fairly repeated saying in certain witch communities is “Witches don’t believe in ‘karma’; we ARE karma.” While a chunk of this gets into conflict with those who have a personal investment in ideas such as the Threefold Law, Rede, etc. this also gets into the necessity as a witch or general occultist in not just taking responsibility for yourself, but also knowing that in certain matters, there is no middle ground and inaction is often just as bad as siding with the oppressors. Then there is the notion of “Do what thou wilt shall be the whole of the Law“, a Thelemic principle which is sometimes misinterpreted as just doing whatever the hell you want, but really means to follow whatever your True Will is. And anyone who has read a particular passage of The Neverending Story knows that it is both the most important and the most dangerous journey you can possibly take.

I personally have often stated the phrase–which is a riff on the oft-repeated original quote–that “with great power comes the need for great adulting.” I’ve blogged on the past on timing and when you should and should not do magic, and while I touched on some subjects there are others that require a deeper dive. Those get into philosophy, morals, ethics, and personal responsibility. As much as people would like to believe that certain situations will just resolve on their own, it’s often an irresponsible position to take. There are matters where they cannot be resolved on their own and require both practical and even magical intervention.

So how does one determine whether or not they should meddle with events versus “let things play out”? Often this is left up to your conscience and your intuition. We’re not about to get struck by lightning, but we are far more likely to be the victims of our own backfired spells, unforeseen events as a consequence for altering something in the world, or even our own self doubt getting in the way of doing the right thing. And while not everything we do is necessarily on a large scale such as hexing public officials, everything we do beyond the simple things we do daily can lead to unforeseen consequences.

The reality is beyond those consequences, there aren’t really any general laws or overseeing bodies constantly observing every little thing we do. We don’t have baby monitors, per se. My own personal experience with forces larger than us is that they 1) tend not to micromanage and prefer leaving us to be figure it out and be responsible adults and 2) aren’t something we normally get the attention of as a regular occurrence. Part of engaging in magic, particularly the spirit model of magic, is Getting Noticed. But there are some beings in this world that you really don’t want to get the attention of, and that has to be managed as well. And the more often you do magic and engage with the spirit world and interact with various daimons and deities, the more likely you will Get Noticed. This can have all sorts of consequences that can be positive, neutral, or negative depending on why you got noticed and who or what you got noticed by. This is why allies and relationships are so important in magic; they can give you good advice and let you know when you might misstep. This is also why you need to be careful on making pacts or contracts with spirits, and why patron deity/priesthood relationships are much more intense than simply “I honor this god more frequently than others.” You may have restrictions placed upon you or agreed upon by you as a result of said relationship, and that needs to be taken extremely seriously. Simply put: do not make bargains, deals, or oaths you cannot keep.

As a result of all of these examples, we need to adhere to our own laws, principles, and ideals and be as consistent as possible with them. If that’s the Rede or any other particular creed, so be it. We can modify them as need be and/or make exceptions, but we must be mindful of why and how. We have to take into serious consideration the consequences of our actions and own them, all the time. And if we screw up, we hope that it’s only us that bears the weight of that fallout and not those who are essentially innocent bystanders. A lot of us are still learning, and will likely learn the hard way. The best you can do is to just do and be your best, and if you screw up to own it, properly atone, learn from it, and take that with you in your future spellwork.

And that is what I consider to be “magical adulting”. While our world may at times appear to be lawless, consequences always exist and in some situations more so than others. 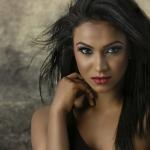 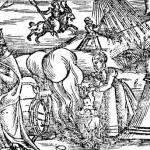 May 10, 2019 Isobel Gowdie Would Like To Talk To You About What Is Actually Political
Recent Comments
3 Comments | Leave a Comment
Browse Our Archives
Related posts from Tea Addicted Witch