Relationships With Spirits And Deities Is Part of Success In Magic

Relationships With Spirits And Deities Is Part of Success In Magic October 24, 2018 River Enodian

Developing relationships with spirits, daimons, and/or deities who are relevant to your life are a major key to magic. I owe a good portion of my own success on cultivating connections with deities such as Hekate and Hermes, and obviously maintaining existing strong ones are always of benefit, too.

This isn’t just for polytheists, or limited to deities alone. There are a number of daimons and saints who are extremely friendly to magicians and witches, including St Cyprian. Maintaining existing ties are of benefit, too. Any daimon with whom you already happen to have a strong connection and/or affinity towards should be someone you should be hooking up with on a regular basis in order to stay on the path and get better at it.

So how does one cultivate those relationships? While it’s good to read and do as much research as you can before diving in provided it’s a daimon or deity relatively new to you, the work is in the doing. You have to start making offerings, doing ritual–in short, communicating. Relationships on any plane are all about communication. But before you communicate, you have to make a connection.

Making that connection is critical. It’s how the daimon or deity is able to communicate with you, and vice versa. Typically that connection is cemented through having some sort of physical representation of them, but it can evolve naturally through having a natural affinity to the spirit in question. It can also occur by involving yourself in the things which are associated with that particular daimon or deity. For example, say you wanted to connect with Apollo. He is associated with sunlight, agriculture, healing, prophetic arts and divination, music, and writing. You could pick a few things that already speak to you and begin to involve yourself more in those things, and dedicate those practices to him. You can also include other things that they are associated with such as specific animals, objects, etc.

The same principles go for any type of spirit or daimon, whether that be an angel, demon, fae, djinn, etc. Some of these beings have shortcuts to connect with them such as sigils or symbols that you can place on a dedicated altar or shrine space. Otherwise the above advice on connecting through associations with them applies.

In establishing these relationships, it’s best to take the path of least resistance. In short, if you have a natural connection and/or if a particular entity “hits” you in an intense way, I’d advise that you work with that relationship. Anything that feels forced and/or not natural probably just isn’t for you.

I personally remember and call on Hekate in all of my magical rites. She has been a wonderful tutelary deity to me in all forms of magic and magical arts. 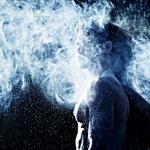 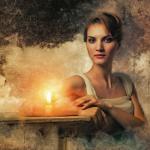 October 25, 2018 Magic During Samhain: What Types Of Magic Are Best To Do?
Recent Comments
0 | Leave a Comment
""eyes gleam"I'd take your post seriously if you didn't write out your reactions like a ..."
River Enodian Witchcraft Is Political, Which Is Why ..."
"eyes gleam. Christians dont belong in Witchcraft then. Its called the Witchtrials and disrespecting other ..."
Brianna LaPoint Witchcraft Is Political, Which Is Why ..."
"Prayer to the TrancestorsHail Phanes, Firstborn Androgyne: extend your golden wings over your trans children. ..."
B.A. Davis-Howe Honoring Trans Day of Remembrance As ..."
"This is my Prayer for Transgender Day of RemembrancePhanes-Protogonos, two-formed, show us the way.Hermes Khthonios, ..."
B.A. Davis-Howe Honoring Trans Day of Remembrance As ..."
Browse Our Archives
get the latest from
Tea Addicted Witch
Sign up for our newsletter
POPULAR AT PATHEOS Pagan
1