Magic During Samhain: What Types Of Magic Are Best To Do?

Samhain is the time of year when the veils are thinnest, and consequently the spirit world and our world are closer together and communication is more readily and frequently available to us. It’s also a time of year when some of us who are already psychically sensitive to spirits and daimons find that our senses are heightened.

So how we do best take advantage of this time of year? What types of magic are best to practice during this period?

First type that readily comes to mind: divination. Divination is one of those talents which lies both in the psychic and magical realms, and while there are certain forms of divination which fall under one versus the other, either way this is a great thing to practice right now. This especially goes for those who regularly work with a particular daimon or deity when they perform divinations. Deities and daimons associated with divinations, oracles, dreams, omens, and prophecy include Apollo, Zeus, Hekate, Hermes, Pan, Brigid, the Morrigan, Horus, Thoth, and Gabriel.

Which brings me to the next type of magic: spirit work. Specifically, anything involving communication with any type of daimon or deity. This could mean invocation/drawing down, divinations done specifically to get answers from them, or any sort of practice which involves contacting them. Intermediary deities and daimons are fantastic for this type of magical work. Examples include Hekate, Hermes, and St Cyprian.

And naturally communication with the dead should readily be included, as well as any magical work involving them in general. Anything you do, make sure that you’ve done offerings to your ancestors of blood and/or spirit, and don’t leave out the dead in your workings. Deities and daimons associated with working with the dead and necromancy include Hermes, Hekate, Persephone, Hades, Santa Muerte, St Cyprian, Anubis, Osiris, and Azrael.

Any work in general involving contact with other worlds and spirts in general is fantastic around this time. And as always, I recommend working with deities and spirits with whom you already have an established relationship and/or are in a pantheon that you already have contact with. If you normally honor Greek gods for instance, choosing Hermes or Hekate is a given. If you have little to no knowledge of the deity and/or the religion and traditions they come from, you’re best either looking elsewhere or putting in the necessary time and effort to research them. 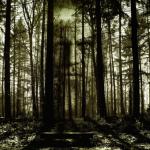 October 24, 2018
Relationships With Spirits And Deities Is Part of Success In Magic
Next Post 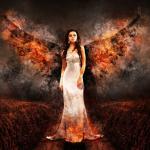