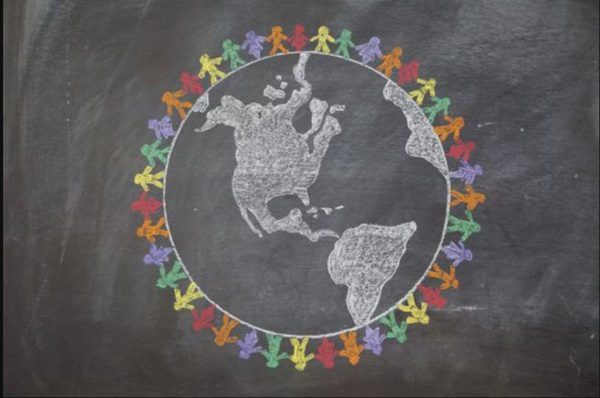 I will not celebrate Independence Day.

The truth is, the United States has never been an independent nation. Built on stolen land by stolen labor, sacrificing Natives and Africans and their descendants to the mythology of “manifest destiny,” greed, oppression, and white supremacy, this has never been a nation of liberty and justice for all.

In fact, this nation has been built upon the deliberate stealing of liberty (and life) from others. According to activist and writer Kevin Alexander Gray, speaking to Black Agenda Radio:

They celebrate the 4th of July as Independence Day because it’s the day after the abolitionists, or the people who were against slavery, relented and allowed the anti-slavery clause to be taken out of the Constitution.

The ignoble myth of white supremacy that permeates the foundation of this country and underlies the policies and institutions that form the context of our lives has been rearing its ugly head so much lately that it cannot be as easily ignored or denied as it has been in the past. The recent massacre in Charleston and the burning of 7 African American churches add 16 more reasons to the hundreds of thousands to awaken to the reality of racism that undermines best ideals of this nation. Our country has failed to atone for, or even critically examine, its history of racial oppression.

While Confederate monuments continue to come down throughout the South, despite protests from some who insist on clinging to the euphemism (read: lie) of “heritage, not hate,” we have yet to deal with the heritage of hate that permeates our entire nation. I cannot cheer the removal of the Confederate flag one day and wave the Stars and Stripes the next. Our Star Spangled Banner first waved o’er the land of the slaughtered and the home of the slave, and 150 years after abolition, slavery is still the condition of those incarcerated in a merciless prison industrial complex that disproportionately targets African Americans. Marginalization and exploitation have been the hallmark of black lives in the United States since before it was founded; while the forms of oppression may have changed, the essence remains. Celebratory flag waving is unbecoming of a nation that is being called — by the near daily spilling of black blood — to repentance.

This doesn’t mean there are not good things to say about the democracy that has expanded upon this soil for African Americans, women, the LGBT community, ethnic and religious minorities, immigrants, and more, through generations of struggle. But the struggles for equal opportunity, recognition, and dignity are far from over, and much regression is occurring in an age of hyper-corporatism and militarism.

I have long been critical of the 4th of July as a holiday, wary as I am to celebrate a nation born in blood – mostly blood of others – and continually spilling blood overseas. We are only “exceptional” as the “greatest purveyor of violence in our time,” as Dr. Martin Luther King has said, having the world’s largest military by far and being a leading exporter of weapons. I have cringed at the notion of watching bombs bursting in air, when the shocking and awful bombs that burst apart Iraqi and Afghani and Libyan and Syrian skies in just recent years have left thousands of men, women and children dead. We are a nation of drones and extra-judicial assassinations, a nation of black sites and torture and dirty, dark, classified (but open) secrets. As Robert Koehler says, “The darkest, most highly classified secret of all is that we’re always at war and we always will be.”

I have also long known that the violence we export overseas is taking its toll here at home, too. In spending trillions blowing apart land and people overseas, we are diminishing our resources here at home. A slower and less direct violence than the instantaneous death administered by bullets and bombs is the diminution of education, health care, housing and job opportunities, all sacrificed as budgets are slashed while military spending increases year after year. I have long been critical of our nation which deprives its citizens, ostensibly for the sake of protecting us, while engaging in military activities that make us less trusted, less respected, and more vulnerable to attack.

But each year, further connections between the violence abroad and the violence at home are being brought into stark clarity. And it is the already-marginalized communities – African Americans as well as Latino, Native, and Muslim (or those mistaken for Muslim) Americans (all in their own different ways) – that suffer most from the police state that our nation has become. The “fight the enemy” mentality is the driving force behind foreign and domestic policy, and racial profiling means suspected “enemies” often have black and brown faces. I am sure that the “War on Terror” mindset is at the heart of law enforcement’s infamous record with the African American community. Or, perhaps more accurately, deep, systemic racism is at the heart of law enforcement’s infamous record with the African American community, and the “War on Terror” mentality is racism on steroids. I am not accusing all officers, but I am calling out a historic pattern of injustice. And law enforcement is just the tip of the iceberg. The reality is that the fear mentality cultivated by constant war feeds racial prejudice in a nation where African Americans have been marginalized by generations of denied access to quality education, jobs, and housing, first by law and then by phenomena like razing neighborhoods for highway construction, mortgage restrictions, white flight and riots, gentrification, and more.

I knew racism never truly ended in this country. But, until a few years ago, I had thought it was getting better. I know better now that how deep it runs and how deadly it is. And so while I have long been critical of the 4th of July, mourning the blood America has spilled overseas, I also mourn the blood spilled right here, not just in the past, but every. Single. Day.

But even if we could trace a line of steady progress toward equality through our history, I would be wary of the notion of “independence.” “Independence” holds positive connotations like overcoming oppression or unhealthy addiction, to which I have no objection. But (beyond the ways pride in the notion of independence serves to valorize the violence of the American Revolution and disguise the destruction left in the wake of claiming land already home to another people), in American mythology, the concept of independence is also tied to an ideal of rugged individualism that makes me wary. As a Christian, but also as a human being, I do not believe we were made for independence, but rather for relationship. The emphasis on individualism in our nation undermines our responsibility to live for one another. And in some ways, an emphasis on individualism can be used as a weapon.

American individualism is saturated with the theological hermeneutic of “personal salvation,” whether or not an individual American actually believes in God. The emphasis of the “Great Awakening” — which Dr. Kelly Brown Douglas characterizes as the advent of American Protestantism — on saving “individual souls” provided early American slaveholders with a Christian support of slavery while at the same time absolving them, in their minds, of the responsibility to treat slaves with any respect or compassion, let alone question the morality of slavery altogether. The emphasis on “individualism” erased the notion of collective social responsibility, while the emphasis on “souls” allowed for the harsh treatment of black bodies. (For more, see Dr. Douglas’s superb book, What’s Faith Got To Do With It?: Black Bodies, Christian Souls).

Today, the notion of individualism aids in white denial and the perpetuation of marginalization. It divorces people from their understanding of history and social context. It aids in the mythology that racism is a thing of the past simply because attitudes have changed, while deep institutional structures of racial prejudice remain. Because these structures were formed collectively, by generations of widespread prejudice and laws that enforced them, they cannot be changed by individual changes of attitude. Yet, white people can and often do use their own attitudes as a measuring stick to judge whether or not they are racist, absolve themselves of any responsibility to dismantle structural racism, and fail to recognize the ways marginalization subconsciously reinforce subtle notions of racial bias. Correspondingly, black individuals are blamed for not “rising” to the top because the structural violence, built so deeply into American society, is not recognized for what it is, hidden behind a mythology that emphasizes success as the result of individual hard work.

And this 4th of July in particular, a cloud will hang over the festivities as a nation of immigrants awakens to the horrors inflicted on those seeking refuge at our borders. Indeed, our government’s policies are showing that in clinging to a false sense of individualism over and against others, we are literally forgetting who we are and where we come from. We are a nation of immigrants caging immigrants who seek refuge on our shores. Songs and drums and fanfare will ring hollow as the benevolence and generosity of our nation that we are accustomed to praising especially on the 4th are belied by the brutality with which our government is treating men, women, and children. Policies of cruelty are designed to separate “us” from “them,” even when the collective “us” of the United States is made up of people from all over the world. While we keep immigrants in cages we ourselves are held captive to a false sense of self over and against others. The land we call home has become a prison. I cannot celebrate independence.

Instead, I will remember our interdependence, our need and responsibility for each other. I will place my hope in the good in our nation that is not exceptional, for what is beautiful in our nation is beautiful in humanity everywhere: kindness, compassion, generosity, mercy. I will pray with an ever-expanding love that reaches to and beyond the borders of this nation to everyone all over the world, whose lives are deeply connected to mine.

And even as I place my hope in how far humanity can go with mutual love and respect and self-giving to one-another, I will repent of the damage that individualism and American exceptionalism are causing at home and all over the world. I hope you will join me, for I cannot do it alone.

Editor’s Note: This is a reprint with only slight modification from my 2015 article.