There Are No Absolutes in Witchcraft

I suppose there is one absolute in Witchcraft, and that is: there are no absolutes in Witchcraft.  Which makes perfect sense to me as a Witch.

Practicing Witchcraft requires the ability to consider, perceive, and understand that everything contains layers upon layers of nuance.

Yet I see so many people (most typically online) demanding absolutes when it comes to Witchcraft and Paganism. Whether it’s a “real Witch” argument, or that a god or goddess only represents one thing, or that there’s only one right way to do the thing – these statements demand one view (theirs).  Taking on one of these positions is like standing on top of a mountain, staring out in one direction and proclaiming all that you see in your physical vision is all that exists in the world.  Meanwhile the person next to you is facing the opposite direction, seeing something entirely different.  Who’s right?*

Neither view in this case is wrong, but until each person turns around completely, they will only experience part of the whole.  Even then, from the top of a mountain, you will never be able to see all of the minute features of the landscape below until you to descend into it.  And if you only take one path down, you’re still only experiencing a small fraction of what’s out there.  Plus it will change from season to season, so whatever you’re seeing RIGHT NOW, may not exist 3 months down the line. A person who walks down the same exact path you did in a different season, or after a forest fire, or 50 years later will likely have a mixture of same and different experiences.

I think that concept is maddening for some folks, and well, probably most of humanity.  That we will never know all the things, and rarely does anything fit neatly into one tidy box. The hard to swallow truth that our own personal views are inherently flawed while also having room to be fluid and change over time.

Our society loves to break things up into very neat lines: this is right and that is wrong.  Hard stop. Quite often in organized religions, those sort of systems aren’t used as moral guidelines for our own paths, which I believe is what their original intention was – guidance for the practitioner. Instead they’re lauded as absolute law and used to define and then degrade whomever is considered Other.

It’s far too easy to drag that same hard-lined baggage with you into Witchcraft. Doing that is just like going on a trip bringing along a pair of pants that are way too small for you, or a shirt that’s falling apart: useless.  Or you could look at it in terms of tools: if you need to do fine surgery on a delicate place, you’ll want a sharp scalpel, not a massive gas-powered chainsaw.  You have to think, observe, plan, and act accordingly in the moment, as the same issue may require a different approach in the future.

Old habits do die hard, and it’s natural for us to want the comfort of absolutes. But there’s a beautiful disquiet comfort to be found in the realm of nuance. Being a Witch means nestling into crafted metaphysical folds and burying ourselves in the dirt of eons.  We are not hard and fast, nor soft and slow – we are an endless mixture of opposites and correlations.

We can appreciate both UPG’s (unverified personal gnosis) and scholarship – at the same time recognizing that the former is very personal and open to interpretation; the latter is subject to availability and also open to interpretation.  I know that last chunk may seem unlikely, but it’s true.  All historical evidence – be it writings, records, statues, etc – are all subject to the human hand, time, and place.  We can only see what has survived and speculate what else might have been.  Consider the Winston Churchill’s quote of “History is written by the victors.” I could write an entire post on writings and art that were used to form theories and doctrine that were later discovered to be flawed, incorrect, or misinterpreted.

Now I’m sure there’s someone going, well DEATH is absolute!  You could say death is a certainty, but it’s really a transition of states.  Some organisms simply renew themselves, they never “die” as we humans do.  But what about the spirit itself, if you believe in “life after death”? What about the body decomposing and giving life to other organisms? Layers upon layers of nuance.

Nor can you say “well this healing spell I did was an entirely GOOD spell. NO HARM WAS DONE.”  Well, who gets to define harm? You or the bacteria? The sun helps to nourish and sustain life, but it also can cause death.  Darkness can heal and comfort and bring about life as well. The same is true for water, fire, and air.  The Witch beholds the possibilities within the nuance and does their best to work with it, knowing there are no absolutes.  Whether that’s working with plant spirits, deities, land spirits, metaphysics, rituals, or redes, there’s some known things, and there’s a lot of unknown possibilities.

No one being has the entire measure of a god or spirit, regardless how much you work with them.  They are their own entity, and are subject to shifting and changing over time.  Not to mention that if you travel the world, you may see and hear the same god’s name spoken, and there may be similarities, but each place will have a slightly different feel and interpretation. Nuance, place, time, consciousness, experience all coming into play.

Really the only thing you can be most certain of, is your own path and your own experiences. Even then, your understanding via vision, knowledge, feel, and context will still shift over time.  If we can understand this about ourselves, than we can not only grant ourselves some grace, but also bestow that upon the others we meet. And that is some serious Witchcraft.

*Please note, I’m not talking about issues of racism, bigotry, sexism, and other fuckery here. If you’re a racist asshole, it doesn’t matter what you call yourself (Witch, Pagan, Heathen, Christian, Atheist, etc), you’re still a racist asshole. Thinking that your race/gender/ability is above or better than someone else’s, that’s NOT Witchcraft. That’s called being a sorry excuse for a human being. 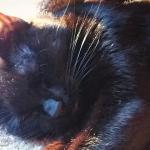 August 8, 2018
The Time I Accidentally Manifested a Kitten
Next Post 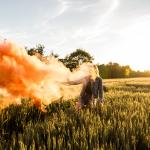 Why I Absolutely Loathe And Despise...
Tea Addicted Witch
Related posts from A Modern Traditional Witch