If you’ve been reading this blog for longer than a hot minute, you know I regularly create new words and odd phrases – usually spawned in the midst of teaching a class or workshop. It happens when you have a lot of information, talk fast, and don’t mind being a bit ridiculous at times.  For example, pwords, manifestbirches, witchcraft is cookies and others.

About two or three years ago or so, during a Sigil Witchery workshop, “white dude magic” became a thing. It’s something nebulous that I have been aware of for a very long time, but I didn’t really have a name for it until I was in the middle of teaching.  In that moment, the issues of elitism among certain magicians/occultists, patriarchal tunnel-vision interpretations/opinions on history/art, and colonialism destroying native cultures – all compounded. The connecting problem: white dudes. Yeap.

When I say “white dude magic” – I am referring primarily to a certain mentality that has existed within ceremonial and chaos magic circles – since at least the 15th century for the former, and since it came into being in the latter. It’s a position of entitlement that mixes imperialism, misogyny, privilege, and over-intellectualism – that I wish was more of an exaggerated stereotype vs. reality.

Misunderstandings Though…
Most people seem to instantly clue in and get what I’m talking about – including those who may self-identify as a white dude.  They acknowledge the problematic issues of the past and seek to do better. They know when I say “white dude magic”, I’m not picking on specifically them, but instead the issues that surround that mentality.

But occasionally, someone doesn’t get it.  This doesn’t surprise me – comes with the territory.  I have been told to my face that my words will drive white men to become white supremacists. No really, this happened. Their reasoning is that in the current era white men feel threatened and oppressed.  You know, because after centuries of dominance, they simply can’t acknowledge that it’s not all about them, so why share power, improve society, embrace equality when you can become a bigoted asshole? Yes, clearly my words – coming out of a multicultural, queer, feminine-appearing body is all it takes. #achievementunlocked?

Recently, after a post-workshop discussion, I discovered a different misunderstanding that I do believe is worthy of clearing up.  When I say “white dude magic” – I am not referring to the magic of Asatru/heathens, Nordic/Slavic/Russian/UK/Celtic-oriented practices, etc.. Nor are runes “white dude magic.”   Though you may find people who fall under that heading (past or present) in any of those subsections. It’s not the skin color, it’s the mentality. Dude.

Looking at Art, History, and Problematic Study
Of course, in this blog post you’re not getting all of the talk and slideshow presentation found in my workshop.  But if you have been around the block a couple of times, you probably have a vague to very clear idea of what I’m talking about here.  There has been plenty of fantastic posts by my fellow Patheos Pagan bloggers lately about misogyny and issues of consent and abuse in both ceremonial magic and Pword groups, as well as dealing with bigotry, racism, and matters of appropriation. I don’t need to rehash that here.

Instead I will share with you a bit of insight into something that has bugged me for much of my adult life. I became aware of it in my Western Art & Architecture classes at RISD – where they were definitely trying to make an effort to make “less Western” and have more coverage of art from other cultures – particularly by hiring a young professor whose background was Asian art. (The class had a rotating staff of lecturers, including one very cranky old white dude.)  Although I had been studying art for years, I was excited to get more in depth. Yet as we covered cave paintings, they were referred to as “hunting magic” and the Venus of Willendorf (and other goddess statues) were “fertility cult objects.” African masks were “primitive” even though they are responsible for the birth of Cubism. Decorative arts and design (especially by women) were quickly covered in a few slides while we spent days on Dada and Bauhaus.

Not cool dude. Not cool at all. Much of it rooted in an academic legacy of rich white dudes patting themselves on the back on how civilized and superior they are to other cultures. It’s dismissive language and while museum culture may be more focused on preserving and educating now, it has done much destruction along the way as well. Ironically, especially in regards to cultures that were doing just fine before colonialism.

While it takes extreme skill to create very life-like paintings and sculptures, it takes incredible vision to create abstract art as we see in African and Asian art. A culture that honors a goddess isn’t a “fertility cult” – it’s just as valid a religion as any Abrahamic one.  Not everything with an animal in it or drawn on a cave wall is “hunting magic.” If we’re not present for the making of art or part of that culture, we can draw our conclusions about what it means, but that doesn’t mean your idea will be correct, no matter how many letters you may have after your name.

Busting the White Dude Magic Myths
– Witchcraft hasn’t survived only because rich white dudes saved it within their ceremonial magic groups. It has and continues to exist outside of those realms.
– Many of those beloved 15th-20th century grimoires have their basis in Arabic, Greek, and Jewish texts.  Respect the past people, respect their descendants.
– Magic from other cultures doesn’t need to be improved upon or saved by anyone, or laced with quasi-Latin to work.
– People don’t need their own culture explained to them from someone outside of it.
– Eating a mushroom or wearing antlers doesn’t make you a Shaman. Both won’t either.
– People have been crafting magic symbols for thousands of years, so there are many many methods out there. White dudes don’t have an exclusive or the only “practical” method.
– People of any color, background, creed, gender, sexuality, ability, etc – can work effective magic.
– Someone can be an expert on something, even if they don’t have a penis or all the expensive books. OMG!

(and now cue the mansplaining…but you all are too cool for that right?)

ETA, 9-20-2018. Thank you to everyone who clearly read the article and demonstrated as much.  As for the rest of you, I’m shutting down the Reading-Comprehension Fail Olympics you decided to run in the comment section.  It is now a graveyard memorial to #notallwhitedudes, #butwhatabout and several other choices hashtags.  Your comments are so embarrassing that they aren’t worth directly responding to or deleting – nor will I let other folks be bated by your absolute comprehension fail and lack of compassion. I’m leaving them up as amazing examples of NOT GETTING IT.  I’m not a fan of telling people to shut up – everyone has a voice, but far more people should use their ears and minds more. Tired of hearing about it? Try actually listening and doing something constructive so it’s no longer an issue ANYONE has to deal with. 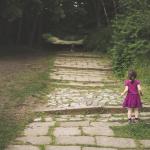 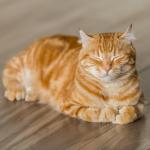 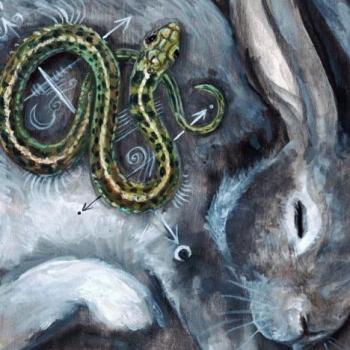 Pros & Cons of Honoring Our Unpleasant Dead
As much as we may not want to, our biological ancestors make...
view all Pagan blogs
Copyright 2008-2020, Patheos. All rights reserved.