Remaking America: Who was Prescient and What Will Come? – UPDATED

“Very soon you’ll be able to boil your mother in oil on the Pont Royal–and nobody will blink an eye. What is being done to you is only a pale shadow of what is being planned for the repression of persons and the suppression of debate. The new propaganda chiefs will make Goebbels look like a schoolboy amateur. . . . If it means sweeping the streets with tanks twice a day we’ll do it. If it means pre-dawn raids on dissidents or too-vocal idealists we’ll have them out in their nightshirts and shoot a few to admonish the rest. Then if we need some diversions–bread and circuses and orgies on the steps of the Sacre Coeur–we’ll turn those on, too . . . We’re assured on the best psychiatric authority that the oscillation of tactics between violence and bacchic indulgence will have the effect of keeping the public both puzzled and amenable to authority–especially as the facts can only be evidenced by hearsay and not by any reliable report in the news or on television . . .”
— The Clowns of God.

Reading my post below, Joanne McPortland offered the above excerpt to me. It comes from the 1981 novel, The Clowns of God, by Morris L. West, who also wrote, The Shoes of the Fisherman. Joanne says Clowns is “potboiler, but really good potboiler, and though dated in some ways is obviously spot on about the things that don’t change.”

And, since we’re talking about prescient material, might as well bring up William Safire writing in the NY Times in 2002

If the Homeland Security Act is not amended before passage, here is what will happen to you:

Every purchase you make with a credit card, every magazine subscription you buy and medical prescription you fill, every Web site you visit and e-mail you send or receive, every academic grade you receive, every bank deposit you make, every trip you book and every event you attend — all these transactions and communications will go into what the Defense Department describes as ”a virtual, centralized grand database.”

To this computerized dossier on your private life from commercial sources, add every piece of information that government has about you — passport application, driver’s license and bridge toll records, judicial and divorce records, complaints from nosy neighbors to the F.B.I., your lifetime paper trail plus the latest hidden camera surveillance — and you have the supersnoop’s dream: a ”Total Information Awareness” about every U.S. citizen.

This is not some far-out Orwellian scenario. It is what will happen to your personal freedom in the next few weeks if John Poindexter gets the unprecedented power he seeks.

Read it all. The motto over Poindexter’s door read ‘Scientia Est Potentia’. Knowledge is Power.

In The Future of Man, the Jesuit theologian and scientist, Pierre Teilhard de Chardin wrote “everything that rises must converge.” That comes to mind, here. On a very rudimentary and general tracking, the rise of Western Prosperity, Islamic extremism, American fecklessness in its face, etc gave rise to 9/11. 9/11 gave rise to the “war on terror”, the TSA, The DHS, and the “necessary evil” of broad surveillance. And all of it seems to be converging into a perfect magnet for the government to draw “all things unto itself” for its own use and purpose.

And what shall yet arise? The visions of West and Safire? And then what?

We live in interesting times.

“Someday, after mastering the winds, the waves, the tides and gravity, we shall harness for God the energies of love, and then, for a second time in the history of the world, man will have discovered fire.”

I wonder what sort of love he meant? Because you could argue that love of mere ideas — such as country, and safety, and democracy, and all of those other ideas helped bring us to where we are.

I keep thinking back to the debate (or lack of it) we had as a nation regarding the Patriot Act, about which I wrote early in my book:

I began to worry that those [defending the Patriot Act by shushing others] were unwilling to pull back the curtain and look deeply at a policy if it meant disturbing their deepest hope: that safety, security and apple-pie contentment would soon be restored. Why? In a word: anxiety. They wanted their fears quelled and their ideas affirmed, and they were going in a dangerous direction to get the security they felt they were entitled to. If there was idolatry going on, I suspected the idol was not “Dubya” himself. Nor was the idol their hope. Rather, I decided, it was the anxiety beneath it all — lying coiled like a snake under the midst — that the America they had known might be over.

Over in one way, over in another…the thrust of narrative is always forward, not backward.

And from another Jesuit: “the spirit of the world does not bring freedom”

Don’t mind me. I’m just thinking aloud; raveling a thread, so to speak. 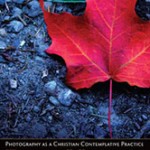