Antonin the Antagonist and the Politics of the Bad People! – UPDATED

Antonin the Antagonist and the Politics of the Bad People! – UPDATED July 2, 2013 Elizabeth Scalia

My First Things column this week looks at the surprising way the words “liberal” and “illiberal” have been lately represented by the Supreme Court via the recent DOMA ruling, which found Justice Kennedy playing the over-simplifying Mike Stivic to Antonin Scalia’s blustering Archie Bunker. It wonders, too how long it will be, before the nation is reduced to the least complex of ideas: the good people versus the bad ones:

Often referred to as the “most conservative” of the Supreme Court jurists, Scalia spends part of his Windsor dissent arguing in defense of what used to be considered a most “liberal” notion: that human beings have a right to express their point of view without fear of reprisal; a right to dissent from conventional wisdom; a right, even, to be wrong. It is a sentiment that free-thinkers (of even the recent past) would often express by quoting Evelyn Beatrice Hall’s summary of Voltaire’s thinking: “I disapprove of what you say, but I will defend to the death your right to say it.”

Kennedy’s opinion makes it clear that the days of defending the freedom of others to think and speak outside of the ever-narrowing corridors of what is permissible are numbered; the line of delineation he sketches out is stark, bare, and singular: there will be one (correct) thought or there will be Bad People.

What an illiberal notion!

That is a most illiberal notion but we have been trending toward illiberality for a while. In 2004, then-senator Hillary Clinton unwittingly sketched out out our new location when she declared to unenthusiastic Democrats, “you don’t have to fall in love [with John Kerry], just fall in line”

Even earlier, though, The Politics of Demonizing the Bad Person Who Will Not Fall in Line had been in creeping ascendance. For the last two decades, male workers have endured sensitivity training and the threat of job-loss for offending the sensibilities of “strong women” who have dissolve into vapors at any perceived challenge to feminist orthodoxy, no matter how innocent, and we’ve been trending “conform and think correct thoughts” ever since.

And so, with the Windsor ruling, Antonin Scalia — the fretter over freedom of speech and freedom of religion, who taught Justice Kagan to hunt, (and she’s bagged her first deer!) — is a recognized Bad Person. Nino-the-Naysayer! Booooo, Bad Person! Boooo!

Actually, Nino is less nefarious than nuanced, but you’ll have to read the rest to find out why that is.

Related:
Scalia and Breyer Worth Watching

UPDATE I:
No, as far as I know, we’re not related. If we are, I’m clearly from the peasant side of it.

UPDATE II:
Via Instapundit, how to misunderstand Scalia

Also, Ethika Politika writes Scalia not the stuff of which martyrs are made.

UPDATE III:
In a somewhat related story, it seems veteran CBS Newsman Bob Schieffer needs to get out more:

BOB SCHIEFFER: How is it that bakers and florists are being forced to participate in this? I’m not sure I understand what you’re saying here.

Perkins then educates him

TONY PERKINS: Well, we’re seeing in Washington State, Colorado, and some of the other states that have these anti– anti-discrimination statutes that are being imposed that when a same sex couple comes and says “I want you to take pictures of my wedding or I want you to bake a cake.” And they say, look, my religious convictions will not allow me participate in that, they’re literally being sued by the government, not the individuals, and they’ve even been adjudicated in such places as New Mexico. So we’re going to see a loss of religious freedom. There is no question about it. It’s already happening.

Schieffer seems to be totally caught off guard by this, as evidenced by his hesitation in the following question.

BOB SCHIEFFER: How many– how many lawsuits have been filed on that? Because I must say this is under my radar. I haven’t– I haven’t heard this.

That’s Da Tech Guy transcribing, linked from Deacon Greg who adds his own thoughts on Schieffer, whom he calls a “reporter’s reporter with uncanny instincts”.

June 28, 2013
Putting Away the Labels to Hear/See Each Other
Next Post 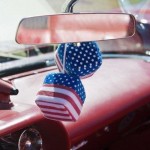 July 2, 2013 Obama: "The planet will boil over!" UPDATED
Browse Our Archives
get the latest from
Catholic
Sign up for our newsletter
POPULAR AT PATHEOS Catholic
1

Father David Morrier Has Been Indicted...
Steel Magnificat
Related posts from The Anchoress

My Kingdom Is Not of This World
My kingdom, though I am risen, is not yet of this...
view all Catholic blogs
Copyright 2008-2021, Patheos. All rights reserved.
error: Content is protected !!