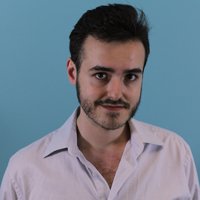 It is a great pleasure to announce that we’ve gone “international” with the creation of a new blog here at Patheos Catholic.

“Inebriate Me” is hosted by Pascal-Emmanuel Gobry (or as everyone on Twitter and Facebook knows him, “PEG”), who is writing from Paris.

The blog’s title is, of course, the prayerful plea that is part of the Anima Christi, often mistakenly credited to Saint Ignatius of Loyola, and PEG brings a taste for Ignatian spirituality to his blog, where he writes:

I like the Anima Christi because it’s such a Christological, vivid prayer. “Within Thy wounds hide me/Do not let me be separated from Thee” It is a prayer to the Man-God Jesus. It is about touching, tasting, hugging Jesus, unto the Cross.

It’s also a prayer that’s closely associated to the Ignatian Spiritual Exercises which have been a big source of spiritual life for me.

I chose this line, specifically, because it’s perhaps the effect of Christ’s grace that’s most overlooked, and perhaps most important: Christ, make me drunk on your grace.

To get drunk is to get happy. It’s also to get a little reckless.

All of that may be true, but having read Gobry for a while, on both sacred and secular topics (and in that gray area where they sometimes meet) I know he is not reckless behind the keyboard. Provocative, yes, almost always, but not reckless!

He writes everywhere. You can find his by-line at Business Insider; at Forbes; at First Things; at The Atlantic; at The American Scene; at The Week; at The Daily, at Commentary, and Le Figaro.

And now, you can find him at Patheos, in the Catholic channel (and in your RSS feed), where you will quickly come to appreciate his curious mind, keen analytical skills, abiding faith, good humor and gifted theological musings.

And his prose ain’t bad, either! Welcome aboard, PEG!

Related:
Leah is very excited about The PEG Who Dwells With us! 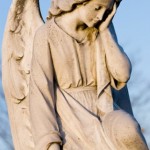 March 19, 2014
One of those awful stories that clutches at the heart...
Next Post

March 25, 2014 Who didn't walk out on Benedict will stay for Francis
Browse Our Archives
Related posts from The Anchoress

Frank Pavone has been Accused of Sexual Misconduct
In case you haven't heard: the disgraced defrocked former priest Frank...
view all Catholic blogs