One of those awful stories that clutches at the heart…

Around here we love Joseph Susanka and his Summa This, Summa That blog, because in a world that sometimes challenges us to find authentic charm or a touch of wonder amid all the dross, Joseph reliably “brings the pretty.”

So it was all the worse, yesterday, that it was Joseph who shared some ugly, tragic news within social media:

Two young girls were killed in a car crash Tuesday morning on Highway 789 between Hudson and Lander.

The crash occurred shortly after 7 a.m., when the driver of an SUV lost control of her vehicle and spun into the oncoming lane. A truck traveling the opposite direction broadsided the SUV, said Sgt. Stephen Townsend, a Wyoming Highway Patrol spokesman.

The Lewis girls were riding in the SUV. The pair were flown from Riverton to a hospital in Salt Lake City.

The girls’ deaths were announced by Wyoming Catholic College, where their father Sean Lewis is a professor.

We hear about tragedies like this one every day. I’m not sure why this one has struck me so forcefully as to throw me into a kind of mourning for these people, who are perfect strangers.

Perhaps its because, though my children are adults, I remember them so distinctly at those ages, 3 and 6; I was mentioning to a young mother only the day before that when I dream of my kids, I dream them at those ages. In real life, I am privileged to see them as grown men, but in my dreams I get to recapture some of their babyhood and their fresh sweetness. It’s the best of both worlds.

This story illustrated in an awful way how brief that sweetness can be. None of us can confidently know that there will be a tomorrow that is just like today. We cannot be sure that the goodbye kisses we doled out so casually this morning, before leaving for work, will ever be repeated.

When we hear of parents facing the unimaginable loss of not one but two small children, we want to “do” something, even though we know nothing can ever make it right. If we live nearby, we bring food, offer to walk the dog and run errands. From a distance, we pray.

Let us pray for Emma and Olivia Lewis, and for their surviving family.

And if we prayer doesn’t feel like enough “doing”, well the girls had been air-lifted to emergency facilities and apparently there is an expectation of heavy medical/rescue billing. A fund has been set up, in order to help the Lewis family deal with those costs, and perhaps provide some resources as they begin the very long journey of healing from this devastating wound.

The comboxes are closed for Lent. 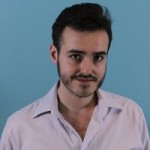