Some great stuff over at OSV this week, particularly this and this, but I wanted to link a piece I contributed on the Brendan Eich story, wherein I flesh out my first thoughts, shared here.

A mere two weeks after taking over as CEO of Mozilla, tech-prodigy and Javascript inventor Brendan Eich was released from his contract. No one had disputed either his leadership or creative abilities, and there was nothing in Eich’s management history that even hinted at unfairness or discriminatory practices or an unwillingness on his part to work with all sorts of people.

The issue was a $1,000 donation Eich made in 2008 in support of Proposition 8 — a California law that banned same-sex marriage — and his apparent unwillingness to publicly recant his personal beliefs on what constitutes marriage.

Despite Eich’s written commitment “to work on new initiatives to reach out to those who feel excluded or have been marginalized,” some members of the gay community would not give him the time he requested to demonstrate his inclusivity, and would not accept his expression of “sorrow at having caused pain.”

“If he had apologized years ago,” said Hampton Catlin, “this would be a non-issue.” Catlin is a Web developer; his open letter to Mozilla protesting Eich’s appointment was the catalyst for what followed, including the weirdly self-contradicting apology from Mozilla, which affirmed the “wide diversity of views” it encouraged within its staff, even as it demonstrated that its tolerance on differing viewpoints ran the narrowest of gamuts.

Here’s the thing though — the point many writing on this issue seem to be missing: Writing on his blog after Eich’s resignation, Catlin revealed that he actually wanted more than “an apology” made in some distant past — that he wanted Eich to publicly disavow his donation while making a specific and current political point:

“I met with Brendan and asked him to just apologize for the discrimination under the law that we faced. He can still keep his personal beliefs, but I wanted him to recognize that we faced real issues with immigration and say that he never intended to cause people problems. It’s heartbreaking to us that he was unwilling to say even that.”

How very kind of Catlin to suggest that Eich would be permitted to “keep” his personal beliefs. But if the notion that a man can lose his livelihood unless he both recants his previous actions and then promulgates a bit of political propaganda on behalf of those who would hold his job hostage is “heartbreaking” for some, others would call it creepy, and totalitarian. To be sure, it is completely at odds with the full expression of human dignity, which demands the most fundamental of rights: the right to think what one will, right or wrong, without fear of reprisal and without coercion.

Further on in my piece, I note:

It is beyond ironic that some of the very people who fought to be able to live their lives freely and “out of the closet” are now actively working to shove others into a closet of silence, where personal beliefs are stowed away in service to a shushing tyranny of “niceness” — a pretend world, where no one ever disagrees with anyone, or entertains a thought that might slip into non-conformity, and the dubious idol of the permitted social idea has become the unmerciful all-in-all, a godling demanding constant prostration and continual penance,** under threat of eternal damnation.

Though ostensibly a “secular” topic, the Eich story has earned that religious allusion. The late atheist Christopher Hitchens called totalitarianism “a religious impulse” and said resistance to the totalitarian mentality was “an endless war… refought in every country and every generation.”

You can read the whole thing, here.

**UPDATE**Yes, I went there again, because yes, it’s reality. Even Pope Francis agrees!:

“When this phenomenon of narrow thinking enters human history, how many misfortunes,” he lamented, adding that “we all saw in the last century, the dictatorships of narrow thought, which ended up killing a lot of people…when they believed they were the overlords, no other form of thought was allowed. This is the way they think.”

Explaining how even now people foster this idolatry of “a narrow line of thought,” Pope Francis emphasized that “today we have to think in this way and if you do not think in this way, you are not modern, you’re not open or worse.”

Comments are still closed for Lent.

April 10, 2014
Jesuits and Women: Helen Alvaré to America!
Next Post 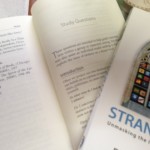 April 10, 2014 The "it's an honor to be mentioned" cliche
Browse Our Archives
get the latest from
Catholic
Sign up for our newsletter
POPULAR AT PATHEOS Catholic
1

Toxic Masculinity: What It Is, and...
suspended in her jar
Related posts from The Anchoress