As I noted deep into the text, here, there remains in my mind some question as to whether the “Re-enactment” hosted by the Harvard Extension would involve the use of a Consecrated Host, as first confirmed by The Satanist Temple — who is performing their first-ever Black Mass — and then walked back.

My reservation stemmed from what seemed like ambiguous language from Lucien Greaves. After the emphatic walk-back by spokesperson Priya Dua — who stated firmly that no Consecrated Host would be used — Greaves’ remarks to Kaitlyn Schallhorn at Campus Reform seemed squirrely, and too clever by half:

Greaves confirmed the ritual will use a “host” although as the group doesn’t believe in the “supernatural elements,” he couldn’t call it a “consecrated host” as Catholics do.

This is not quite what he had said to me, earlier, and it seems to me to be word-parsing that cannot be overlooked. Did he mean that while he, Lucien Greaves would not call the host consecrated, others would?

I have called Greaves asking that question, specifically. If I want finessing and word games, I’d cover politicians. Meanwhile Dua has contacted me again insisting that the “stunt host” is not consecrated and would not be considered consecrated by anyone. I emphasized that distinction to her and she confirmed it. I believe there will be a press release issued covering this, sometime today.

In other news, after issuing a deplorably Pilate-esque statement on the issue, it seems the Harvard Exchange “Cultural Studies Club” has expanded on that, and their statement landed in Billy Kangas’ email.

We are hosting a reenactment of a historical event known as a Black Mass. The performance is designed to be educational and is preceded by a lecture that provides the history, context, and origin of the Black Mass. While a piece of bread is used in the reenactment, the performance unequivocally does not include a consecrated host. Our purpose is not to denigrate any religion or faith, which would be repugnant to our educational purposes, but instead to learn and experience the history of different cultural practices. This performance is part of a larger effort to explore religious facets that continue to influence contemporary culture.

I’m not sure how any performance of a Black Mass would not be an ipso facto denigration of the Catholic religion. “Tolerance” and “Sensitivity” have become such tricky things.

Lots of obfuscation about — the Father of Lies likes to sow confusion. The bottom line to it all remains this: The Holy Eucharist is a source of real power. People who desecrate the Consecrated Host are attempting to feel powerful, themselves, but this is always an illusion:

Sometimes the desecration involves tearing it up and stomping on it, or doing disgusting things to it. And sometimes the Host is even abused sexually. Just as sexual abuse is about power and control and domination, someone who sexually abuses a Host, sees it as controlling and dominating Christ.”

“But, it’s a Gift,” Buster said, “So they only cheat and hurt themselves. . .Christ gave himself to us, feely, of his own free will. A Gift freely given. If someone takes the Gift and spits on it or whatever — they’re only destroying what was given to them, they are destroying what is “theirs.” They don’t in any way destroy the Giver of the Gift, or lessen the Giver, or the Gift. So they have no power over it, they can’t dominate it. All they can do is destroy themselves within themselves.”

Indeed. When the Strange God Wins, You Kill Yourself, and while I don’t write of Satanism explicitely in my book, idolatry is it’s begetting sin. It is an idolatry often borne of an illusory self-love that is actually self-hate.

Every evil screams out only one message: “I am good!” And not only does it scream, but it demands that the people cry out tirelessly in response: “You are good, you are freedom, you are happiness!”
—Alexander Schmemann

As I have said earlier, I don’t think any of the principles involved in this endeavor fully appreciate what they are getting involved in. I think it would be a very good thing if Harvard — which is being sullied by association in this exercise hosted by the Harvard Extension — suggested that this particular “educational” performance find another, ahem, host.

At the very least — particularly as we only know as much as we are told — praying for all involved, and fasting for the sake of Christ’s passion is something everyone concerned about this story should undertake. If this thing does go forward, I hope Boston Catholics will surround the event and pray continually — in a peaceful, Christ-like manner — during the “performance.”

Jen Fitz: Religion is about Reality, and so is the Black Mass

Calah Alexander: Let’s have a black mass, because Education!

Pascal-Emmanuel Gobry: A few words about that Harvard Black Mass

May 7, 2014
BREAKING: Black Mass Satanic Temple Walks Back: Do They Mean It? STAY TUNED
Next Post 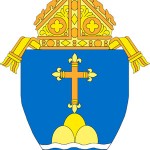 May 8, 2014 Archdiocese of Boston Issues Statement on Harvard Black Mass
Browse Our Archives
get the latest from
Catholic
Sign up for our newsletter
POPULAR AT PATHEOS Catholic
1

The Dangers Coming From the 2021...
A Little Bit of Nothing
Related posts from The Anchoress