BREAKING: Black Mass Satanic Temple Walks Back: Do They Mean It? STAY TUNED

BREAKING: Black Mass Satanic Temple Walks Back: Do They Mean It? STAY TUNED May 7, 2014 Elizabeth Scalia

Earlier this morning, I contacted Priya Dua, a spokesperson for The Satanic Temple, and she confirmed for me that the organization’s May 12 “Re-enactment of a Satanic Black Mass” would involve the use of a Consecrated Host.

During our exchange, Greaves remarked that his group “had never brought up the idea of using a consecrated host” in their public material, and seemed puzzled to be asked about it. “It wouldn’t make a difference. We don’t believe in any supernatural power. Consecrated or unconsecrated, it’s just a cracker.” He and his group are, he said, “Satanist/Atheists” who have never hosted a Black Mass before.

I asked if that were the case, why go out of the way to obtain a Consecrated Host, which — because they are not exactly sold via Amazon — would involve someone presenting falsely at Communion during a Holy Mass. Given the group’s insistence that they are engaging in an intellectual and educational exercise meant, as Greaves put it, “as an expression of personal independence from overwhelming cultural influences”, I asked if obtaining a Consecrated Host through stealth — and using it for an “intellectual” exercise that would constitute grave abuse to believing Catholics — would pose an ethical dilemma for them which could affect their credibility. Greaves wondered whether anyone connected with the group “would waste time going to all that trouble. The odds are almost zero.”

Not long after our conversation ended, Priya Dua called me again saying that there has been a “miscommunication” between members of the organization and that “there will not be a Consecrated Host used at the Black Mass.” She had no further information for me on how the miscommunication had occurred, and could not tell me what sort of unconsecrated bread would be used, or from where it would be obtained. Speaking anonymously, a spokesman added, “please understand, there is in fact, respect for the beliefs of others, and our intention was not to be in anyone’s face. We did not mean to mislead.”

So, there it is. The Satanic Temple officially denies that they have obtained a Consecrated Host or will be using it in their re-enactment.

I got the impression that the interest in their original confirmation was heat they neither anticipated, nor wanted. The Satanic Temple is the organization that was behind the Satan statue in Oklahoma. They appear to me to be more interested in advocating against belief of any sort, and pricking the culture, than in actually pursuing supernatural interests. That they are more, as it were, “seculo-politico-atheo-satanists” rather than supernaturalists.

Having spoken with several people within the organization, I am not entirely sure they fully understand what they’ve gotten themselves into, with this “re-enactment”. When I asked Greaves what he would do if, in the midst of their exercise, something from the etheric plane made itself known, he laughed and said, “well, then I’d have to reassess.”

Greaves says his Satanism is “a metaphorical construct” meant to unshackle the world from belief in supernatural good or evil because belief has “led to horrible things” and “the idea of Satanists as deviants has never done the world any good.”

Interesting. Serving secular-atheism with a mind toward “unshackling” Satan from the confines of wariness seems to me a most dangerous undertaking. As a believer, I will pray for them. Having spoken with diocesan exorcists, I know that many people who have no real intention of inviting in the dark end up becoming imprisoned by it.

NOTE: In any case, Greaves is speaking to others, now and sounding squirrely. I have left a message asking him to clarify himself further, and — since he seems to be parsing words — have asked him if he intends to use a host that OTHER PEOPLE would call “Consecrated”. Stay Tuned…

The Holy Eucharist is the physical Presence of Christ Jesus and therefore it is imbued with his power. There is a reason why people who hate religion — and especially those who do recognize the supernatural — always seek it out, and try to destroy it, in a quest for power.

Let us pray.
UPDATE:
Harvard Extension has expanded on their earlier statement.

UPDATE II: Deacon Greg has a further statement from an email to him:

I am writing on behalf of The Satanic Temple to relay that there will NOT be a consecrated host at the Black Mass. This was a miscommunication on our part and want to let you know that we respect all religions and don’t want anyone to feel offended. We understand the powerful role that the Eucharist plays in the Christian religion and in no way want to appear as though we don’t respect your traditions.

UPDATE III: Rebecca finds some inconsistencies in past Temple remarks and Mark Shea weighs in.

UPDATE IV:
Tech Guy Wonders: Are they contradicting themselves, now, or simply being misinterpreted by reporters? This follow up spurs the question.

UPDATE V:
Msgr Pope: Why Does Satan Hate You?

Related:
On Receiving Communion when Not Catholic

May 7, 2014 Black Mass/Consecrated Host: Harvard Clarifies, Satanists Muddify
Browse Our Archives
get the latest from
Catholic
Sign up for our newsletter
POPULAR AT PATHEOS Catholic
1

Catholic
A Freaky Little Coda to the "Black Mass"...
The Anchoress 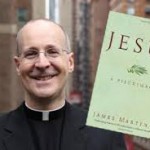 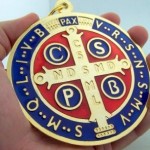 Catholic
Describer of Planned "Black Mass": Guess How He...
The Anchoress
TRENDING AT PATHEOS Catholic