What the hell is Harvard thinking?—UPDATED

What the hell is Harvard thinking?—UPDATED May 7, 2014 Deacon Greg Kandra

Elizabeth Scalia has confirmed it: the The Harvard Extension Cultural Studies Club is indeed hosting a Black Mass Monday night. And the group staging this event, The Satanic Temple, has announced plans to use a consecrated host. 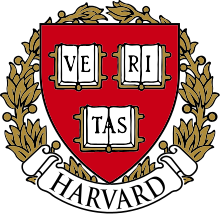 The Extension School issued a vague and rather passive aggressive statement about this “controversial event,” without actually saying what the event is, or even mentioning what it entails or why it might be in the least bit controversial. It’s an independent group, they say. We don’t endorse it, they say.  They can do what they want, they say.

As The Anchoress noted: this has a familiar ring to it. That sound you hear is Pilate, splashing his hands in the bowl.

But the Harvard name still counts for something. Doesn’t it?

Read a cursory summary of Harvard’s history on its website. It begins with a baptism, when John Harvard joined the church at St. Saviour’s Church in London in 1607. It continues with John Harvard willing his library and estate to the school in 1638. It mentions prominently the school’s first president, Rev. Henry Dunster, and the legendary preacher Increase Mather, Harvard’s first Doctor of Divinity.  It notes that eight Harvard alumni signed the Declaration of Independence. And on and on, through presidents and prize winners, across the centuries.

The school’s roots are in religion, and in Truth; its one word motto, “Veritas,” says it all.

But now it finds itself inexplicably linked to a splinter Satanic cult which, using the name of Harvard, intends to enact a ritual that will desecrate the Body of Christ.

Whether or not one agrees with Catholic theology—and surely, many at Harvard don’t—someone there has to agree: this is wrong. This is hateful.  This is evil. Even unbelievers have to concede: this expresses hate for Catholic Christianity, offends sensibilities, inflicts pain on people of faith, and mocks the understanding of God embraced by a billion people around the world. It goes beyond just trying to offer information about Satanism—as dubious as that might be—into actually attacking and defiling another religion. This, in the service of “truth”?

Is this the kind of veritas Harvard really wants to promote?

What would John Harvard think?

UPDATE: From The Anchoress:

Priya Dua (from The Satanic Temple) called me again saying that there has been a “miscommunication” between members of the organization and that “there will not be a Consecrated Host used at the Black Mass.” She had no further information for me on how the miscommunication had occurred, and could not tell me what sort of unconsecrated bread would be used, or from where it would be obtained. Speaking anonymously, a spokesman added, “please understand, there is in fact, respect for the beliefs of others, and our intention was not to be in anyone’s face. We did not mean to mislead.”

So, there it is. The Satanic Temple officially denies that they have obtained a Consecrated Host or will be using it in their re-enactment.

May 7, 2014
Raleigh unveils new plans for scaled-back cathedral
Next Post

May 7, 2014 From The Satanic Temple: "We respect all religions and don't want anyone to feel offended"
Browse Our Archives
get the latest from
Catholic
Sign up for our newsletter
POPULAR AT PATHEOS Catholic
1