James Foley, Martyrdom and the Subversive Freedom of Prayer UPDATED

A great deal has been written about the late James Foley, his beheading at the hands of a barbarous Islamic State: the moving response from this band of Syrians, the Jesuit education which, along with the example of his family kept him grounded in his faith; his own words on the power of prayer, written in previous captivity.

The story is tragic and infuriating — every bit as nation-stirring as the similar murder of Daniel Pearl, all those years ago, when bloody “war on terror” was still in its official infancy, though in truth, we have been trailing these tears and stains for many decades, now.

But I keep coming back to Foley’s own words on prayer, and how it sustained him:

It showed tremendous heart and was just a glimpse of the efforts and prayers people were pouring forth. If nothing else, prayer was the glue that enabled my freedom, an inner freedom first and later the miracle of being released during a war in which the regime had no real incentive to free us. It didn’t make sense, but faith did.

It’s something we’ve talked about a lot on this blog, but it bears repeating: prayer is a subversive means of freedom, at once consoling, engaging and efficacious throughout time and space. It has power, and that power holds, when everything else falls apart.

Two recent posts have annoyed some people who wonder what exactly it is I am calling for, when I write “do not look away”, yet offer no solid solution, or when I write that the west lacks an essential weapon of language that draws on faith. They charge me, dishonestly, with calling for the creation of a theocracy, or, mistakenly, for seeking a holy war.

I wish for neither; I wish for no faith-based governance, nor war. The first we will manage to do without, but I fear the second may be unavoidable. What I have been arguing for in these past months is what James Foley himself advocated: the acquisition of what used to be considered a rather conventional religiosity, one in which prayer was not something foreign, but something natural, practiced to varying degrees and understood widely as a real and positive force for good. Good for the self; good for the neighbor; good for the world.

I’m calling for a determined response to the menace, one that is quietly, but strongly faith-infused, and that last undertaken not through compulsion, but through humility and generosity of spirit. Faith that will pray not for the justice, the vengeance, or the victory that belongs only to Christ, but for the salvation of people whose minds and souls have become diseased — infected through a bad, distorted theology, and a twisted sociology.

Speaking specifically to Christians, how do we even begin, in a post-faith, post-Christian era, to incorporate a mode of prayer into our lives? Where do we start? No matter how practiced one is in prayer, we are forever beginners in this language, infants in understanding.

Reading Foley’s story, I realize that we must begin at the beginning, with a clear statement of faith; we must become reacquainted with the essentials, so that we might apply within our own lives, and toward the world, what someone has called “the antiseptic of the creed”:

Grateful for what I saw as an angelic prompting, I made a conscious decision to encounter the Apostles’ Creed anew. I began to pray it mindfully, every day. . .For the first time in my life, I was really thinking about what I was saying, and actually consenting wholeheartedly to every bit of it: Yes, I believe in God the Father; yes, I believe in Jesus Christ His Son. Yes, I believe He was conceived by the Holy Spirit and born of the Virgin Mary.

Yes, I believe. I believe this.

A remarkable thing happened. I could feel my connection to Christ Jesus and His church strengthening. With my every assent I realized I was connecting with, and conforming to, God’s giant and ongoing “YES,” which formed and sustains all of creation. I went from speeding through. . .to lingering on it, meditating upon its mysteries, finding consolation within its every idea and, eventually, discovering an utterly new confidence in my faith.

The Apostles’ Creed became my go-to prayer in times of stress, whether that meant the dentist’s chair or an emergency room — the foundational support to all of life’s “little martyrdoms” that condition us for what is ahead: I believe in the Communion of Saints, the forgiveness of sins, the resurrection of the body and life everlasting. In those words are weapons to sustain us through any desolation and fear. Loving the Apostles’ Creed meant going further; it meant becoming present to that other Creed that taxed my patience, the Nicene Creed we declare each Sunday. It meant foregoing the absent-minded mouthing along in order to swim within its unknowable depths — “born of the Father before all ages” — and then own them as best I could.

Earlier today, I saw some discussion as to whether James Foley is a martyr for the faith. Good points were made on all sides, particularly, I thought, by those arguing that ISIS seems to routinely demand conversion or death. Only God may ever know if Foley was offered such options, but if so, his slaughter is witness to his choice.

Begin, first, where the earliest church did, with a mindful commitment, or re-commitment, to the Apostles Creed.

Begin as you mean to continue: “Rejoicing in hope; patient in tribulation; continuing instant in prayer…” (Romans 12:12)

“Martyrdom creates saints, but the conviction that supports heroic witness must be founded upon something.” That’s true. Whether any of us are called to be martyrs is God’s own business, but in this era it is as possible as at any other time these past 2,000 years.

Called to it or not, I am convinced that we will be better able to resist the menace, and in a stronger position to be spiritually generous — for the sake of perhaps millions of souls — if we begin today to refocus on our credo.

UPDATE:
Kathryn Lopez picks up on a story, and words of Pope Francis, that seem to be on the same wavelength:

Mansour said Ghazala told her that on Aug. 16, the terrorists assembled the group “and told them either to convert or to be killed by sword.”

“Ghazala [an 80 year old Iraqi Christian suffering from breast cancer] told me that all the people told the terrorists that ‘we prefer to be killed rather than convert,’ ” Mansour said. She said Ghazala added that members of the group scolded the terrorists for ignoring Islamic sacred texts that forbade forced conversions of non-Muslims.

Mansour said the elderly told the militants that the Islamic State had nothing to gain from the conversion of a group of sick, disabled and elderly people.

“When ISIS heard that they told the people to leave Karamless immediately, without taking anything, to leave with only with the clothes they were wearing,” she said.

“What would you die for?” Pope Francis asked during his homily at the beautification of the Korean martyrs. People are being asked that question today. We’d benefit by not looking away. We can’t afford to keep looking away.

UPDATE III:
Mollie Hemingway with a Must-Read as she notes: “some serious problems with this administration’s understanding of man’s nature and propensity for evil.” Too right. 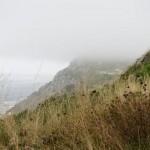 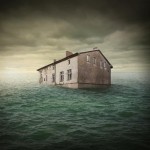 August 26, 2014 Unhappy Nation America: Not a Family, Not a People
Browse Our Archives
Related posts from The Anchoress

Catholic
Grousing at God, Barking at Saints, and a...
The Anchoress
TRENDING AT PATHEOS Catholic