For Credibility of the Church, Should Francis Reconsider Barros Appointment?

I never write about these stories because they make me physically ill, so I leave it to others. But it seems like this story is dying on the vine, and I’m not sure it should. And it’s Lent, when we’re supposed to do difficult things, so here goes.

Pope Francis has appointed Juan de la Cruz Barros Madrid to a Bishopric in Southern Chile, and Barros is set to be installed there tomorrow, March 21.

This may be a problematic appointment, one that blows up in the Holy Father’s face, because it conflicts with his own “zero tolerance” policies in matters of sexual abuse.

There have been several news reports on the controversial nature of the Barros appointment, but for whatever reason, not much reaction. I can’t help but be surprised. It seems to me that if Pope Benedict were making this appointment, it would be front-page and above-the-fold, and leading every newscast, and the punditry would be unrelentingly interested.

CBS News (online): Pope’s views on pedophiles put to the test in Chile:

Juan Carlos Cruz recalls that he and another teen boy would lie down on the priest’s bed, one resting his head at the man’s shoulder, another sitting near his feet. The priest would kiss the boys and grope them, he said, all while the Rev. Juan Barros watched.

“Barros was there, and he saw it all,” Cruz, now a 51-year-old journalist, told The Associated Press.

The Guardian: Pope’s promise to tackle abuse tested by appointment of Chilean bishop:

[. . .] The case has consequences far beyond Chile, given Pope Francis’s repeated promises to confront the abuse scandals. Victims’ rights activists are calling for the pontiff’s intervention in the case following an outcry by parishioners in the region.

So far, however, Barros appears to have the full weight of the Vatican behind him

Crux: A Chilean diocese is in an uproar over a bishop who defended an abuser:

[…] Barros is one of four bishops mentored by the Rev. Fernando Karadima, a longtime point of reference for Catholic clergy in the country. In 2011, the Vatican sentenced Karadima to a life of “penitence and prayer” after finding him guilty of pedophilia and abuse of his ecclesiastical position.

Read them all, although some details will turn your stomach. Apparently no one is making a direct accusation of abuse by Barro, himself, but three of Karadima’s victims have testified that Barro was present for and witnessed abuse and did nothing which, if true, would make him an accessory.

The Vatican is being mum.

Look, I supported Pope Francis when he gave that first airborne interview and — when asked about a homosexual priest who had been accused of wrong-doing — famously replied: “If someone is gay and he searches for the Lord and has good will, who am I to judge?”

Well, I’m all for mercy, and for all any of us know, Barros has confessed to whatever culpability he may (or may not) have had in these ugly incidents, and has been absolved and done penance. For all I know his soul is now pristine as the snow falling outside my window, and he is more fit for heaven than I am at this moment.

But what is just, in this case? Some of the details reported in those articles will, at best, give scandal to the church and further erode her moral authority in the eyes of a world already inclined to distrust her. At worst?

At worst, they discredit Pope Francis in the eyes of many, and cast a jaundiced eye toward his pronouncements about “zero tolerance,” and his mercy for the victims of sexual abuse around the world.

His Holiness is being called the Pope of Mercy. Just today Pope Francis proclaimed that the death penalty is always “inadmissible”, and seemed to suggest that even life imprisonment is problematic in his study of mercy. Is the Barros appointment about mercy, too? Is it a show of trust from the Holy Father toward a priest who had strayed and then returned to the fold?

Who knows? All we can know for sure is this: Today Francis accepted Scots Cardinal Keith O’Brien’s renunciation of all of the rights and privileges of being a cardinal. O’Brien, who admitted to, and apologized for, inappropriate sexual behavior with adult men, actually resigned his office as Archbishop in 2013, under Pope Benedict, who accepted his resignation on February 18, ten days before he stepped down from the papacy. This action prevented O’Brien from participating in the papal conclave that elected Francis.

I don’t get it. If it was appropriate for a Cardinal Archbishop to resign for his sexual activity with grown men, how can it be appropriate for a priest named as an accessory to the abuse of minors to be given the responsibilities of a diocesan bishop?

If the accusations against Barros are not true, why not make a full-throated statement of his innocence, for the sake of the flock he is being sent to shepherd? And if they are true, then even if he has made the greatest confession in the world and done penance worthy of Rodrigo Mendoza, in The Mission, should he be given such a public position in the face of so much pain, so many still-open wounds amid the faithful, so much cynical disgust among the watchers?

Mercy matters. Justice does too. Even if this priest is wholly innocent, he is attached to enough scandal for there to be doubt about this appointment. Can fomenting doubt and distrust about the church, and her commitment to so many victims, ever be just?

I hate this story and I hate writing about it. But I am about to take the rest of the month off, on a mini book-writing-sabbatical, and I couldn’t leave without writing about this, and asking the question. See you on April 1st. And sorry — because I will not be here beyond the evening — comments will close and remain closed, from midnight tonight until I return.

UPDATED:
Crux: Chiles Bishops Back Prelate Linked to Notorious Abuser Priest, “will support what we have to support.”
Pope Meets With Chilean Bishop Amid Outcry

Related:
Calvary: A film that wrestles with the cruciform life 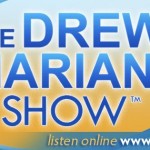 March 19, 2015
The Unwitting Compliment Paid to Cordileone and the Church
Next Post 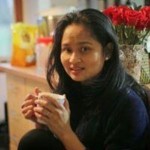 March 22, 2015 "...and these Thy gifts," comes to Patheos
Browse Our Archives
Related posts from The Anchoress