“…and these Thy gifts,” comes to Patheos 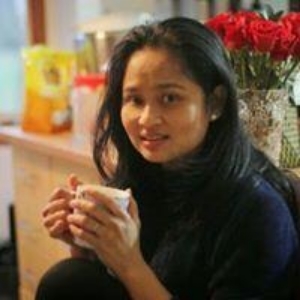 As noted in the post below, I am offline until the end of the month on what we might call a mini “book sabbatical” (pray for me!) but it just occurred to me that in my rush to tie up loose ends, I had forgotten to announce a new addition to our immense line-up of great writers. Please make welcome the very patient Stef as she delivers unto us a blog full of — among other things — recipes and homeschooling advice.

Interestingly, Stef first came to our notice back when the Holy Father was visiting Manila and had us all wondering about his discourse on breeding “like rabbits”. In this case, she was writing about neither DIY Kimchi, nor homeschooling; rather she was taking the West to task, a little bit, for not understanding that Pope Francis knew who he was talking to: It’s not about Rabbits, but maybe it’s not about you, either:

Pope Francis was talking to the parents about being responsible because each child needs a mother and a father. In the first world, a mother’s chance of surviving childbirth is higher than it is in the third world. A child losing a parent in the first world, while he/she would not be any less devastated emotionally, would almost certainly have better access to material support and resources than his or her third world counterpart. We may have homeless and jobless people here, but in poverty-stricken Philippines, if a mother is lost, where do the orphans end up? If not in orphanages such as the one Pope Francis visited, they end up in the streets, begging for their food, or prostituting themselves. Trafficking is a huge problem, and it is directly related to poverty. The Philippines is easy prey for those who believe contraception and abortion to be the answer to these ills.

Comments remain closed for the month.

March 20, 2015
For Credibility of the Church, Should Francis Reconsider Barros Appointment?
Next Post 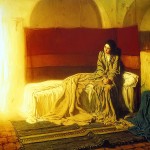 March 24, 2015 What Nuns Do on the Annunciation Feast
Browse Our Archives
Follow Us!

Words of Pope Francis at Prayer...
Labyrinthine Mind
Related posts from The Anchoress