What Sarah Palin and Starbucks CEO Schultz Have in Common

I am so blastedly sick of the mindset that says, “because this person doesn’t agree with my thoughts on this issue and that issue, absolutely nothing he/she has to say can possibly be worth hearing; nothing this person says could possibly be credible, legitimate or valuable, or speak to any part of my world, or the world of any reasonable person.”

That’s the sort of reaction I am seeing in social media, in response to this statement by Starbucks CEO, Howard Schultz, on the need for “servant leaders”.

Because Starbucks is an openly “progressive” sort of company supporting the values of the political left, conservatives on Twitter and Facebook are dismissively sniffing the air around his remarks. He has nothing to say to them, it seems, because abortion and the gays. Such a one as Schultz couldn’t possibly have a salient point on any topic, the comments go, and even if he could find an acorn now and then, this squirrel will not be recognized by some, nor will the big car of their ideas swerve to avoid him, if he trots upon their paths.

Because he is just a squirrel, it seems, and not a person.

Interestingly, someone else has been talking for a while about the need for “servant leaders.” Back in 2008 Sarah Palin also pointed out the need for leaders who possess “a servant’s heart.” In fact, she is has been using the phrase again in 2015. Reactions from the left, toward Palin’s expression, is precisely as dismissive, sneering and closed-minded as you’d expect. She has nothing to say to anything, because abortion and the gays. They exactly mirror the right’s reaction to Schultz. She is just a squirrel, incapable of an acceptable notion, and okay to mow down.

The mantra, on both sides, has become: “She/he thinks incorrectly here, and here, so no matter what she/he thinks there, it’s disqualified; it’s not real; it has no value or substance, and neither does she/he.

Courage, after all, knows fear and yet presses forward, despite it. When we cannot permit ourselves to allow for the value of another’s thoughts — because some of them do not perfectly conform to our own — we are giving in to the fear that, in conceding the rightness of one idea, we might have to do something even more challenging: we might have to fully recognize the person before us, and afford them the right to their own thoughts, and a measure of human dignity, even as we try to respectfully dissuade them from their positions.

That’s a very scary thing for some people. Once you fully see the person before you as a person, and not simply as the one-dimensional icon of a despised point of view, you must confront your own prejudices and your own short-sightedness; even worse, while holding fast to your own beliefs, which is your right, you might have to find a way toward mutual respect and actual (not rhetorical) tolerance for the other.

John Kaschich touched on this during last night’s Republican debate. Asked how he would square his opposition to same-sex marriage should one of his children come out as gay, he responded,

“Because somebody doesn’t think the way I do doesn’t mean I can’t care about them or can’t love them. . . .If one of my daughters happened to be [gay], of course I would love them and I would accept them. That’s what we’re taught when we have strong faith.

“We need to give everybody the chance, treat everybody with respect and let them share in this great American dream that we have. . .God gives me unconditional love, I’m going to give it to my family and my friends and the people around me.”

Some on the left were shocked. How could one of those hateful, bigoted, homophobic conservative Republicans say such a reasonable, conciliatory thing? It doesn’t fit the framework!

Some on the right were shocked, too, of course, for different reasons. But the bottom line Kasich was getting to was this: within the constraints of what is legally permitted, people must be allowed to live their lives, and that is a notion that must be taken up on both sides, left and right, if the nation is to survive.

This is important. When someone like Frank Bruni writes of his willingness to “tolerate” religious people, as long as they confine their religion to their homes and sanctuaries that mindset does not build up the nation; it tears down.

It seems to me the idea of “servant leadership” (or leadership with “a servants heart”) would speak to leadership invested in supporting the laws in place, and doing nothing to subvert constitutional rights — and in this way, all of the citizenry are served.

That’s something worth talking about, regardless of who brings it up, a liberal CEO or a conservative firebrand.

Sarah Palin’s political career is over; Howard Schultz (despite my thinking the Democrats would be smart to look outside of DC for their candidate) doesn’t appear to be running, but consider that while these two could not be more different in outlook on most issues, both have identified a noble quality necessary for truly self-disinterested “public service”: the humble (and Christ-modeled) idea that to truly lead is to assume the role of servant. This is a mode of thinking, that is mostly mostly lacking amongst our current crop of professional politicians and office-holders. Credit both of them for finding their respective acorns, rather than just dismissing them out of hand.

UPDATE:
Speaking of Bruni, he here heaps praise upon FOX News for holding the debate participants feet to the fire. Hopefully, he will be scornful in equal measure, should CNN throw softballs at Democrats in debate. Assuming they have debates.

Last thought:
My husband saw this image on the front of the Wall Street Journal and pronounced it “looking like a perverse Last Supper!” I admit, I thought it was pretty funny. And too right. 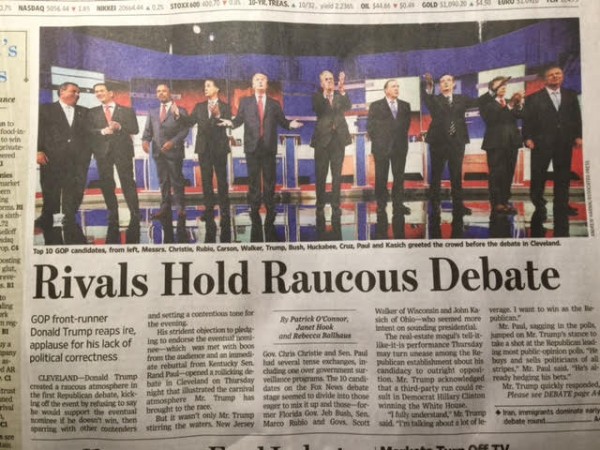 August 6, 2015
Our Death Can Happen Many Times
Next Post 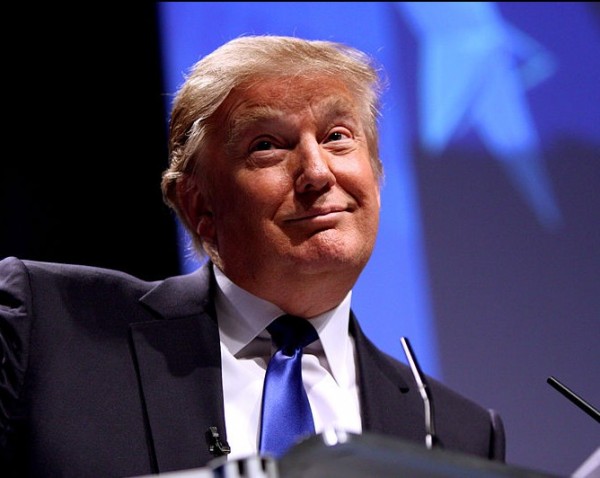 Catholic
"My Little Cracker": a Donald Trump Story
The Anchoress 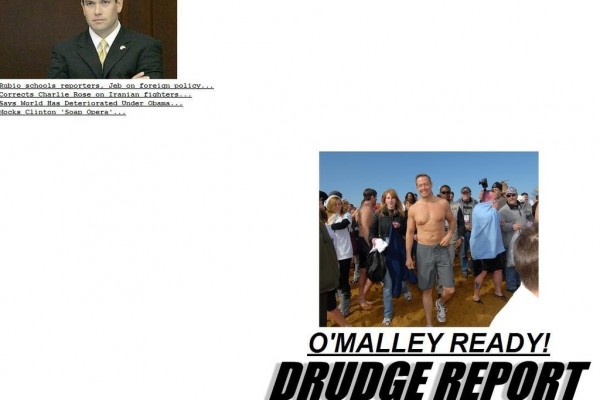