Repeat after me, “The Bible is not a real estate guide.”

Obviously, Israel’s brand-new Deputy Foreign Minister, Tzipi Hotovely, does not understand why reasonable people generally believe that. At least not according to her laughably ridiculous briefing this morning to Foreign Ministry employees. This modern Orthodox woman is currently pursuing a doctorate in law at Tel Aviv University. But never mind all that secular legal baloney. Based on her remarks, what she really wants to be is a medieval rabbi. Maybe Rashi.

The world understands Israel’s security needs, she said, but arguments relating to morality and justice will always prevail over any security argument. In an effort to demonstrate her point, she gave the large group of diplomats who crowded into the Foreign Ministry auditorium the equivalent of a Torah commentary, speaking about the interpretation by the medieval Jewish scholar Rashi of the story in Genesis about the creation of the world.

“Rashi says the Torah opens with the story of the creation of the world so that if the nations of the world come and tell you that you are occupiers, you must respond that all of the land belonged to the creator of world and when he wanted to, he took from them and gave to us,” she quoted from the commentary.

…“People were in shock,” said one diplomat. “It’s the first time they have asked us to use a Torah commentary for purposes of public diplomacy around the world.”

Yes, and with good reason. It’s patently ridiculous and a really terrific way to get your ass laughed out of any meeting with sane world leaders.

The secular(-ish) Israeli right knows that they should stick to security arguments even when they justify almost any foolish treatment of the Palestinians. I’ve been saying for years that the security hawks are really just providing cover for a fast-growing band of theological nationalists. What else can explain the out-of-control settler situation?

I’ll give her points for honesty. Most right-wing Orthodox Zionists have the good sense to let the security hawks talk to the world. Ms. Hotovely just laid it all out there. Israeli policy will now be articulated in the words of an eleventh-century rabbi. I’m sure that’ll go over big in Brussels. 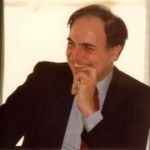 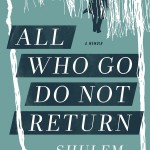