Being Clueless about Being Jewish in a Polite Society

Taffy Brodesser-Akner is an entertainment writer who contributes to GQ, The New York Times and, on Jewish issues, to Tablet.com. The latter, by the way, now charges readers to comment. This is either an interesting way to avoid trolls or one really stupid business model.

Speaking of stupid, let me get back to Ms. Brodesser-Akner, specifically her recent piece for Tablet, “I Probably Won’t Share This Essay on Twitter:  Some thoughts on being Jewish in contemporary polite society.”

Not sharing her essay on Twitter is a really good idea. Here’s one she did share that she uses to open her piece:

Ask me about my Jewish privilege. It includes having only 5 blood relatives, since the rest were murdered.

More about privilege in a moment.

The thrust of her essay is how difficult it is to be pro-Israel in America anymore:

My DM boxes on Twitter and Facebook are filled with people like me—liberals, culture reporters, economics reporters—baffled and sad at the way the cause of Jews avoiding another attempt at our genocide has gone from a liberal one to a capital-c Conservative one.

There was no room for our sadness and fear to be public during the Gaza war. There was no room for us to say, “Hey, hold on a second, these terrorists are firing rockets at civilians!” There was no room for us to say that it was not a national character flaw to defend one’s own citizens from attack. There was no room to remind people how they felt when planes flew into the Twin Towers. All this did was serve to remind us what our teachers had taught us all those years, that Israel exists because we are not welcome here, on this earth. They taught us that we are tolerated, at best, and that we are enjoyed most when we are victims, or we remember that we are vulnerable. I know. This sounds crazy. But like David Brooks says, one of the most unfortunate things about anti-Semitism is how people here at home think it couldn’t possibly exist the way we say it does. (And only some parts of home. Let me remind you all that while on the Paula Deen Cruise, in a United States territory, a woman imitated a Jew to me after finding out that I was Jewish.)

Oh, dear Yahweh, there is so much wrong packed into these words (and I’m not even including David Brooks). Can I start by being nit-picky? As a writer for a Jewish publication, she should know that in our circles “capital-C Conservative” refers to the Conservative Jewish movement. She really means “little-c” conservatives. Okay, nit picked.

To address her point: If Israel has become a partisan issue, it is because the Republicans decided that it would be thus. Perhaps she’s heard of a fellow named Sheldon Adelson. He does stuff. She might want to look him up.

Anyway, her big worry is that liberals hate Israel these days. Really? This again?

There are still plenty of liberals who love Israel. They (we) may be critical – perhaps highly critical – of its policies, but this is not because we no longer love Israel. For most of us it’s because we do. And because Israel is very strong – strong enough to show a little restraint in some people’s opinions – Hamas doesn’t really pose any immediate threat of genocide to the Jewish people.

This somehow leads her to American antisemitism.

There’s no denying that there’s some antisemitism in America. I’m working on a piece about that now which, given the complexity of the problem, should be ready by next year. Unlike me, Brodesser-Akner doesn’t need a whole lot of time to research this topic. She’s experienced it first-hand! On a Paula Deen Cruise “a woman imitated a Jew.” Really? Wow. I’m so surprised that a woman on a Paul Deen Cruise did that. I’m sure that woman was sharing her deeply principled opposition to the Gaza situation.

After all this she babbles on a bit about how being anti-Israel, which she has now conflated with actual principled opposition to the Gaza war, is some kind of new Democratic (with a big “D”) way of being antisemitic. This is followed by a summary of what she knows about the Holocaust:

One of the reasons that I was given in my many years-long study of the Holocaust—this education comes via relentless osmosis and relentless actual lesson when you attend day school—for why it happened (and it was always our fault) was that we tried too hard to assimilate. The Jew, the world thought, was insidious because he could blend in so well.

From what I can ascertain from the internet, Brodesser-Akner went to a Jewish day school. Between that and “osmosis” she seems to have missed the part about the Holocaust where the vast majority of its victims were unassimilated eastern European Orthodox Jews. Worse, the lessons that she takes from this is that Jews are now making the same mistake and that – horrors! – some people actually think that the Holocaust is invoked too often for bad reasons:

…some chucklehead wrote an essay asking if Jews “use” the Holocaust too much, in maybe the Guardian? I don’t know, don’t make me google it.

Maybe it was a bad essay. I don’t know. Couldn’t read it since she didn’t cite or link it. In any case, reasonable people, have noted that the current prime minister of Israel, for example, tends to use the Holocaust a lot.

This all brings her back to the idea of privilege about which she unadvisedly tweeted.

She has a convoluted understanding of that word as it is applied in intelligent discourse and I don’t have the patience to school her now. Her bottom line is that we should not think for one moment that “privilege” is a term that applies to Jews.

This all has something to do with Lena Dunham’s stupid piece about dogs and Jewish boyfriends (which offended me, as Seinfeld would say, because it wasn’t funny) and the word “JAP” (which I mostly hear from Jews) and how we’re not part of the establishment, so we’re not privileged. (See above under: Adelson, Sheldon. Or here.)

I’m enjoying writing this blog for my ability to provide breaking news and I have some for Ms. Brodesser-Akner: Jews are the establishment in this country.

Antisemitism is a very real phenomenon and there is still too much of it in America. But Brodesser-Akner’s misuse of the whole concept of privilege is as useless a contribution to the discussion of Jew-hatred as are her analyses of how support for Israel has been politicized, why opposition to Israeli policies is not automatically anti-Israel and what brought about the Holocaust.

It is my heartfelt suggestion that she continue to do what she does best (and I mean it sincerely, she’s quite talented) and stick to entertainment and lifestyle writing. She is clearly out of her depth here and Tablet.com should know that.

I would have told them, but they charge to comment. 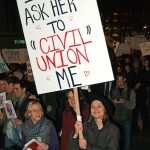 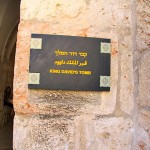