I wonder if John Hagee’s Christians United for Israel know what happened at King David’s tomb on Monday morning?

A violent confrontation broke out Monday morning on Mt. Zion in Jerusalem’s Old City when a group of Jews tried to prevent some 100 Greek Orthodox worshipers from praying in the complex housing the tomb of King David.

The building is located on Mt. Zion outside the southwest corner of the Ottoman-built wall surrounding the Old City of Jerusalem. It dates back to the 4th century when it was originally constructed as a Byzantine church. The ground floor has been considered the site of David’s tomb only since the 12th century while for much, much longer Christians have identified the second story as the location of the “Upper Room,” site of Jesus’ “Last Supper.” After the 1948 war, Mt. Zion remained in Israeli hands and was about the closest that Jews could get to the Old City. Like so many other buildings in Jerusalem, it has a twisty history that has included uses as a monastery and now a yeshiva. Of course, Muslims also ran the place for a very long time. Today’s yeshiva occupants, aided by the collusion of the Israel Antiquities Authority, have been working for a long time to erase any connections to them.

As the events yesterday reveal, Christians aren’t terribly welcome there. However, as long as they confine their worship to the second floor, there’s usually no trouble. But they’re forbidden to worship on the first floor except on rare occasions like Pentecost. Even this “status quo” has been challenged in recent years by many Orthodox Jews.

On Monday they rose up in protest when some other Orthodox people, of the Greek Christian variety, came for their Pentecost worship. After a period of negotiation, they relented after receiving certain concessions:

So what’s the objection of the Orthodox Jews?

…Rabbi Yosef Berger, who presented himself as one of the “rabbis of the tomb,” told the police, “Here at David’s tomb, [people] will not enter with a cross. It’s idol worship,” he said, and “an abomination.”

In addition, before the incident, a group of Jews dedicated to what they called “saving King David’s tomb” had called on members of the public to come to the site to prevent “idol worship” there.

This isn’t the first time something like this has happened. Orthodox Jews were also up in arms over the Pope Francis’ visit to Israel (and to the same building) a few years ago. They’ve also defaced churches.

It seems like every other day we’re hearing about the “war on Christianity” from our right-wing Christian friends (not to minimize the actual persecution of some Christians). All the while, groups like Christians United for Israel provide unconditional support for Israel’s right-wing government.

So far we haven’t heard a peep from them about any of this. I doubt we will. But then again, Hagee is not exactly a big propenent of  Catholicism, so I’m not sure that he’d jump to the defense of the Greek Orthodox.

Just to set the record straight: King David is not buried in that “tomb” and the building is not the same one that housed the “Last Supper.” Of course, whether there was a King David or a “Last Supper” remain open questions. 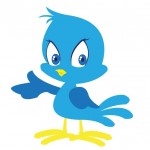 June 1, 2015
Being Clueless about Being Jewish in a Polite Society
Next Post 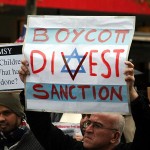