Bibi, Bougie, Ivette and E-1…What Does It All Mean?

To everyone’s surprise – and no one’s more than his own – Bibi Netanyahu is leading a razor’s edge coalition of 61 seats despite the fact that the election results should have guaranteed him 67. This is because Avigdor Lieberman’s Yisrael Beiteinu (“Israel is our home”) party did not participate.

It’s all particularly weird when you consider the fact that Lieberman’s party actually merged with Likud for the previous election, taking up spaces on the list that otherwise would have gone to Likudniks. His decision to remain outside the coalition was, to put it mildly, greeted with no small measure of resentment. He claims it’s because the coalition is not sufficiently right wing and uncommitted to building West Bank settlements. And no, this is not satire.

The last time around Lieberman served as foreign minister. He behaved improbably well with U.S. officials. His odd and contradictory statements regarding some kind of support for a two-state scenario always leaves the center-left breathless. They think he’s not the nationalist zealot that he most clearly is. I don’t know why they think this. He’s the one going on about loyalty oaths for Palestinian Israelis. And he’s a settler himself.

There is currently no foreign minister (the prime minister is holding the portfolio). The speculation is that Netanyahu is saving the seat for Lieberman (nicknamed “Ivette”). Others think he’s saving it for Isaac Herzog (nicknamed “Bougie”). This is how screwed up Israeli politics can be. Is he courting the bitter right-winger or the guy who supposedly heads the center-left? And you thought American politics was screwy.

Yestercay Ivette revealed his price for joining the government. According to Israel’s Channel 2 News, he will bring his party to the coalition table if Netanyahu commits to expanding the large settlement of Maaleh Adumim, east of Jerusalem. My assumption is that he’s talking about developing the strip of land called “E-1” that sits between the settlement and eastern Jerusalem. This would pose serious problems for any future Palestinian state. Every American administration – including W’s – has warned Israel not to build there.

But a coalition rides in the balance and so we are left with these questions: Will Bibi accede to Ivette? Will he hold out for Bougie? Will I ever stop laughing at these nicknames?

Time will tell. But if Bibi does bend to Ivette’s demands, it will mean even more and harsher condemnations – possibly sanctions – by the Europeans and others. It’s also unclear whether President Obama will come to Israel’s aid if the United Nations should weigh in with its censure. Vetoes are no longer guaranteed.

Stay tuned. Because just when you think that Israeli politicians can surprise you no more, that’s exactly when they do. 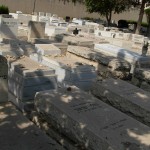 June 16, 2015
Compassionate Jewish Law: When a Dead Baby Is Returned to Parents in a Cardboard Box
Next Post 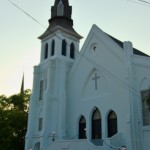 June 19, 2015 The Terrorist Attack on the AME Church
Recent Comments
0 | Leave a Comment
"nice blog. I will keep visiting this blog very oftenMortgage Broker in Orange NSW Australia"
Finance Mart Trumpism Unites Neo-Nazis, Jewish Defense League
"nice topic.top colleges in canda"
Pacific Link College Prayer Is Indeed Powerful
"No true secular humanist?That’s a first"
(((-MARK-))) Atheist Jew? Apparently This Is Not ..."
"very informative information thanks for sharing it.. Finance Broker in Orange NSW Australia"
Finance Mart Some Thoughts About Islam (And The ..."
Browse Our Archives
get the latest from
Nonreligious
Sign up for our newsletter
POPULAR AT PATHEOS Nonreligious
1