Today’s post falls under the category of religious morality.

The Israeli news site Mako has an investigative report about the tourist activities of Hasidim (and others) who participate in pilgrimages to the city of Uman, Ukraine. Each year thousands of Hasidim and other Jewish spiritual-seekers flood the small town during the fall holidays to pray at the grave of Hasidic Rabbi Nachman of Breslov, founder of the Breslov Hasidic sect.

Bu it turns out that there’s more than just prayers happening there. Mako’s report uncovers a new twist in religious pilgrimage: the growing business in prostitution.

According to the site (in Hebrew only; translation mine):

It’s not only Hasidim…who travel to Uman during the Tishrei holidays. At Rosh Hashanah and Sukkot escorts get on a train from Kiev and, after two hours, get off in Uman in order to help the local women handle the demand. What demand? Here’s an example: Isaac, 35, came to Uman for the first time three years ago. He threw himself on the grave of Rabbi Nachman of Uman in order to be spiritually strengthened and to fulfill the important commandment that promises financial success, healing for one’s troubles, and a happy life. “After we were done praying the evening service, I returned along with a friend of mine to the room we had rented. My friend suggested we go out to get some air,” he says. “He took me to one of the neighborhoods on the outskirts of the city and we entered one of the houses. I gave no thought to my wife and she knows nothing about it. I know other Hasidim who go to local prostitutes in Uman. Married, bachelors, Hasidim from every sect.”

Some Israeli career criminals have taken advantage of the situation, moving to Uman to work as pimps. They have plenty of customers. Because while maybe only five percent of the visitors are engaging in these extra-curricular activities, this still amounts to thousands of men.

Hasidic leaders are quite unhappy about this, of course. They tried to send the “modesty police” there to follow and harass the customers. No one – not even the men who have no desire to visit prostitutes – likes the modesty police. They are recruited from the thugs of the Hasidic world, yeshiva drop-outs who are given the opportunity to act out violently in the name of God and Torah. Since their travel and accommodations were so expensive, rabbinical authorities tried to finance them with a $5 “tax” on their Hasidim. But the pilgrims ultimately balked at the charge and the modesty police stopped going.

In the meantime, and in the absence of modesty enforcement, the phenomenon continues to grow. Ukraine is a horribly poor country and, as in many poverty-stricken countries, many desperate women turn to prostitution, including minors. The fact that they are being exploited by spiritually-oriented Orthodox Jews is pretty revolting.

More repulsive is the debate in the Haredi community about whether patronizing prostitutes might actually be allowed by Jewish law. From the Mako report:

Another issue being discussed in the Haredi street touches upon the question of whether it’s permissible for a married man or bachelor who flies to a distant city to carouse with a local woman. It turns out that among the rabbis there are those who, throughout the generations, have ruled that it is permitted for a man to engage in sexual relations with a woman he has met in a far-off land on the condition that it not take place in public and that he wraps himself in black garments [this opinion predates Hasidic black suits] so that he will feel shame in his acts. Other rabbis have ruled that a man can engage in sexual relations with a foreign woman on the condition that it occurs in a hidden place such that no one will see his behavior and recognize him.

Despite these rationalizations, I really don’t understand how they can reconcile their piety with exploiting these women. But then again, these halakhic opinions don’t really seem too concerned about the women. Certainly not the “foreign” women.

One man spoke about his encounter with the modesty police after he was caught patronizing a prostitute:

“It wasn’t pleasant, but I got out of it. In any case, I don’t owe an accounting to anyone. Except the Creator of the Universe.”

And I bet he doesn’t get any negative feedback from that Guy. 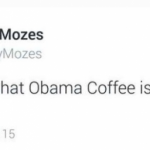 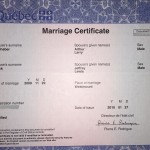 June 26, 2015 Personal Reflections on a Great Day
Recent Comments
0 | Leave a Comment
Browse Our Archives
get the latest from
Nonreligious
Sign up for our newsletter
POPULAR AT PATHEOS Nonreligious
1

Pastor left puzzled as to why...
The Freethinker
Related posts from The Atheist Rabbi