The Adelson-Saban Republicratic (So-Called Mainstream) Jewish Summit Meeting to Eradicate the Menace of BDS Jew-Hatred has concluded. Fifty million dollars was pledged to slaughter the BDS-monster, though they seemed to have no plans or strategies for how to do that.

The one thing that we did learn from the big Vegas get-together is that the effort now has a name. The Forward is reporting that it will be called the Campus Maccabees project or effort or some such term.

This is a most unfortunate name. And now I am forced to talk about the Maccabees. In June.

The Adelson summiteers chose the Maccabees because of the passion for Jewish independence and sovereignty that their legacy inspires. Early Labor Zionists liked them for that reason, too.

But the Maccabees were no heroes. They were brutish holy warriors akin to modern day jihadists. They were not engaged in a popular uprising for religious liberty against cruel antisemitic Hellenists with their imperialistic philosophizing and Olympicizing ways. According to all competent historians, they were a nasty cult of priestly outsiders, determined to impose obedience to Yahweh’s more retrograde laws, who instigated a civil war against worldly cosmopolitan Hellenized Jews.

After a prolonged bloody conflict, they established what we now call the Hasmonean kingdom which consequently undertook campaigns of oppression, more bloodshed, the forced conversion of an entire neighboring nation (yup, Jews did that) and enough palace intrigue and treachery to fill several volumes of Shakespearean-style drama.

There is no little irony – unintended for sure – in the selection of this name for Adelson’s little $50 million venture. Because while the anti-BDS forces claim that it is the second coming of Pharaoh, Haman and Hitler all rolled into one, there is no shortage of Jews involved. And if there’s anyone whom those Maccabees really hated it was the Jews who didn’t agree with them.

As I pointed out in an earlier post (or, more accurately, as I mentioned that Peter Beinart has pointed out) there is never going to be an effective argument against the BDS tactic that comes from the right. This is a conversation that has to take place on the progressive side of the divide. Right-wing arguments only serve to harden positions because liberal Zionists are nearing the end of their patience when it comes to Israel’s policies in the territories. Yet it is the progressive groups that were explicitly excluded from the Vegas meeting. Naturally J Street was left out, but so were many others, as reported in the Forward:

Despite the theme of communal unity the organizers touted, many of the Jewish community’s key players were not invited or chose not to attend. The conference also eschewed any mention of Israel’s policies towards Palestinians in the occupied territories, and the way these policies are used to recruit supporters to the BDS camp.

This is a mistaken approach, argued Kenneth Bob, national president of Ameinu, a liberal Zionist organization that runs an anti-BDS campus program. Ameinu, which was not invited to the Las Vegas conference, aims to convince progressives not to join the boycott drives. There is a need, Bob argued, to “speak to liberals in a language they understand.” This involves admitting Israel faces challenges and acknowledging the problems created by its occupation of the West Bank. Otherwise, he warned, BDS will continue to try and “make itself the social justice cause of our times.”

Ameinu’s campus program, the Third Narrative, has gotten very little communal funding so far. “The Jewish community at large has not adopted our approach,” Bob said.

I realize that most Jews are indifferent to learning their real history. Their rabbis certainly aren’t interested in telling them the truth. As a Secular Humanistic Jew, the real, un-mythologized history of our people is my only Jewish scripture. This includes an honest evaluation of the Maccabees, the Hasmonean Dynasty and their dysfunctional, disunifying legacy.

Considering just how divisive their effort will be, Adelson and Co. probably picked the right name after all. 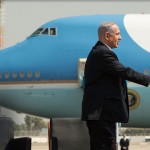 June 10, 2015
How to Lose Friends and Alienate Allies
Next Post 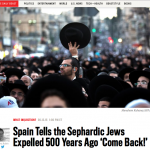 June 13, 2015 Memo to Daily Beast: These Are Not the Sephardic Jews You're Looking For
Recent Comments
0 | Leave a Comment
"nice blog. I will keep visiting this blog very oftenMortgage Broker in Orange NSW Australia"
Finance Mart Trumpism Unites Neo-Nazis, Jewish Defense League
"nice topic.top colleges in canda"
Pacific Link College Prayer Is Indeed Powerful
"No true secular humanist?That’s a first"
(((-MARK-))) Atheist Jew? Apparently This Is Not ..."
"very informative information thanks for sharing it.. Finance Broker in Orange NSW Australia"
Finance Mart Some Thoughts About Islam (And The ..."
Browse Our Archives
get the latest from
Nonreligious
Sign up for our newsletter
POPULAR AT PATHEOS Nonreligious
1