Iran Deal: Leaders Out of Step with American Jewry

As I wrap up my vacation, it’s time to return to blogging.

A few weeks ago I received an email message from the local Detroit Jewish Federation announcing that it has decided to explicitly oppose the Iran nuclear deal. I thought this would be an anomaly. I predicted that only a small number of Jewish federations would take a position while the vast majority would exercise better judgment by facilitating debate while remaining neutral. I was wrong. Many others have done the same, including the federation in my own hometown of Miami. Now Chicago has joined the chorus.

I am baffled by this. I spent pretty much my entire career working closely with Jewish federations. As an employee of Hillel student centers and a large JCC I was always grateful and loyal to federations for their efforts to fund the organizations that I worked for and any number of charitable concerns.

Here, for example, is the mission statement of the Greater Miami Jewish Federation:

…to mobilize human and financial resources to care for those in need, strengthen Jewish life and advance the unity, values and shared purpose of the Jewish people in Miami, in Israel and around the world.

Well, if unity is the goal, the leaders of this and other federations that have gone on record in opposition, seem to have forgotten that.

Moreover, it does not even seem like they are aware of the fact that the majority of American Jews favor the deal. Or they are aware and it is irrelevant to them.

Todd Gitlin and Steven M. Cohen wrote an excellent op-ed piece for The Washington Post that points this out. Cohen, whose research is highly respected and frequently employed by Jewish federations and agencies, has conducted the only meaningful poll of the American Jewish community about the deal. They open with this:

The conflict over the Iran deal has exposed a substantial rift between American Jews and the groups generally known as “the Jewish leadership,” “major Jewish organizations” and “influential Jewish organizations.” These leaders and groups are not, in fact, leading American Jewish opinion on the Iran deal. They are defying it. They doubtless represent the views of their board members, but those views are at odds with the majority of rank-and-file American Jews, who, in fact, support the deal more than Americans generally.

Cohen discovered that not only do the majority of Jews (among those who feel qualified to express an opinion) favor the agreement, they favor it more than the general public:

The poll asked whether Congress should “vote to approve or oppose the deal.” Jews leaned heavily toward approval, 54 percent to 35 percent, with 12 percent undecided. By contrast, the national sample divided 41 percent for vs. 38 percent against, with 21 percent undecided.

Gitlin and Cohen go into a number of the reasons for this divide between leadership and the Jewish masses: leadership is older, richer, more conservative, and so forth. But the number one reason is that today’s Jewish leadership has failed to account for the growing number of secular Jews whose Judaism is cultural, not religious:

…surveys that purport to delineate American Jewish opinion frequently ignore what is perhaps the fastest growing “denomination” in American Judaism: Jewish with no religion.

Their conclusion bears quoting in full:

Plainly, the idea that American Jews speak as a monolithic bloc needs very early retirement. So does the canard that their commitment to Israel or the views of its prime minister overwhelms their support for Obama and the Iran deal. So does the idea that Prime Minister Benjamin Netanyahu leads, or represents, the world’s Jews. So does the notion that unrepresentative “leaders” speak for American Jews generally on the urgent matter of nuclear arms in the Middle East. They may speak for their donors, leaders and members, but they certainly do not speak for the American Jewish public at large and, in particular, the large population of American Jewish liberals who overwhelmingly support the deal and want their senators and representatives to approve it next month.

Gitlin and Cohen explicitly mention AIPAC, the American Jewish Committee, the Anti-Defamation League and the Conference of Presidents of Major Jewish Organizations. But, in my opinion, it is those Jewish federations that felt it necessary to take sides on this contrary which should take particular notice of this reality.

If they really are committed to unity and shared values, they might want to engage in a little self-reflection the next time they take sides on such a divisive issue. 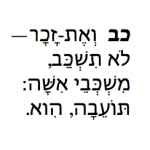 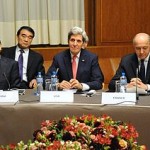 August 20, 2015 340 Rabbis Come out in Support of Iran Deal
Recent Comments
0 | Leave a Comment
Browse Our Archives
get the latest from
Nonreligious
Sign up for our newsletter
POPULAR AT PATHEOS Nonreligious
1