Before I take a short vacation hiatus from the blog and my congregation, here is part two of my look at last week’s murderous religious Jewish fanaticism.

This time we are looking at the Haredi variety. It is not necessarily ultra-nationalist, but it is increasingly extremist in most other ways. (Honestly, I don’t even know if it’s worth saying “increasingly” any more. I think it’s increased to just about the maximum.)

By now, what happened at the Jerusalem Gay Pride Parade has been widely publicized. Yishai Schlissel, who was only recently released from serving ten years in an Israeli prison for stabbing marchers at the 2005 parade, attacked six people at this year’s march. On Sunday 16-year-old Shira Banki died of her wounds.

Schlissel, whose wild-eyed, long-bearded visage should not fool anyone into cries of “mentally ill!” is a product of the religious fanaticism that surrounds him. In the weeks leading up to the parade, the Haredi streets of Jerusalem were filled with outraged wall posters denouncing the parade and gay people in general in the harshest terms possible.

And in the English-speaking Haredi world, they reported on the event with their usual sensitivity.

As the story was coming to light, the Yeshiva World News website reported it this way: “BREAKING: Charedi Man Stabs 6 in Jerusalem Toeiva Parade.”

“Toeiva” is the Hebrew word for “abomination.”

Yes, you read that correctly. In the wake of this attack, the Haredi English-language press chose that word for the headline.

This is the environment that gives rise to a knife-wielding Schlissel.

In fairness, some of the story’s commenters were very angry at Schlissel. A couple – and we can assume that these are not necessarily Haredim – took issue with the language:

Can you please change the name of the title of your story. It is insensitive to the families of the victims. Please change to simply say “parade” or “gay parade” (since you feel free to mention it in the body of the article).

But most of the replies were along these lines:

Its called Toeva because the Torah calls it toeva. I fail to understand why a frum Jew especially one who calls himself TORAHJew would to object to a term the TORAH uses.

These toeivahs have no right to parade in Yerushalayim [Jerusalem]. They should send each and every one of the sick individuals to an Arab country or Russia to have their parades or better yet, for their own protection, lock them up in a mental institution. These are sick, sick, mental cases and they should be kept out of Yerushalayim.

what’s wrong with you people who deem it inappropriate to call it a toeiva parade? That’s what it is.

It’s amazing there are actually Jews in this forum who object to calling the gay parade a “Toeiva” parade. The Torah itself calls their actions “Toeiva”. This man is definitely a Rasha and probably insane but please, don’t apologize for the Torah!

There were a few commenters that said Schlissel had committed a “chilul hashem – a desecration of God” with his attack. But others saw him as a new Pinchas. That’s the heroic biblical priest (Phineas in English) who ran a spear through an Israelite and Midianite in mid-coitus. You can find that gem of biblical morality in Number 25:1-15.

It’s likely the guy was not mentaly stable but anyone who can roundly condemn the act he did lacks a torah true heart. I never understood how the Jews all condemned Pinchas necessitating a proclamation from hashem [God] but now I see that our generation is no different.Only a soul that is cruelly indiferent to the travesty that took place in yerushalayim Ihr Hakodesh [Jerusalem the holy city] with the parade could so smugly condemn his actions today. Those whose souls are pained by the parade have a vastly different reaction. please stop a moment and think- in which camp do you find yourself. sobering thought.

Just wondering, do you think Pinchas also made a “chilul hashem”?. I think the US has made us too tolerant of the sodomites.

on him [Pinchas] it says in the pasuk [verse] we read a few weeks back “Lochain Emor Hinneni Nosein Lo Es Brisi Sholom” [“Wherefore say: Behold, I give unto him My covenant of peace”] Halacha Kanayim Poigin Bo [the Jewish law of “a zealous one may slay him”] How can anyone disagree and condemn even if they wouldn’t have the courage?

In case you didn’t follow that last remark, the commenter is commending Schlissel for his courage. He did what Pinchas did and Jewish law assents.

There were, of course, many dissenters. But the tone of this site, from the headline to the comments, provides a good indication of the way that Haredi Jews are raised to feel about homosexuality. And keep in mind that Haredim on the internet are already among the least sheltered. The vast majority don’t go near it (or so they claim).

Since this happened, I’ve heard some secular people claim that we should respect the deeply-held religious ideology of these Haredi religious fanatics. Really? Must we respect bad ideas simply because they are attributed to God?

Well I don’t believe in God. I don’t believe that the idea of God contributes anything to the world that people couldn’t come up with in better ways and on their own. My liberal religious friends keep trying to tell me that this is just misapplied religion. I’m not buying it. It seems to me that they’re applying in exactly the way that they intend. 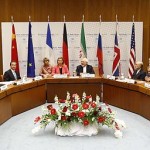 August 17, 2015 Iran Deal: Leaders Out of Step with American Jewry
Recent Comments
0 | Leave a Comment
"nice blog. I will keep visiting this blog very oftenMortgage Broker in Orange NSW Australia"
Finance Mart Trumpism Unites Neo-Nazis, Jewish Defense League
"nice topic.top colleges in canda"
Pacific Link College Prayer Is Indeed Powerful
"No true secular humanist?That’s a first"
(((-MARK-))) Atheist Jew? Apparently This Is Not ..."
"very informative information thanks for sharing it.. Finance Broker in Orange NSW Australia"
Finance Mart Some Thoughts About Islam (And The ..."
Browse Our Archives
get the latest from
Nonreligious
Sign up for our newsletter
POPULAR AT PATHEOS Nonreligious
1

Joe Rogan 'Ivermectin Is The Red...
Laughing in Disbelief
Related posts from The Atheist Rabbi