Patheos Explore the world's faith through different perspectives on religion and spirituality! Patheos has the views of the prevalent religions and spiritualities of the world.
All the Jews are up in arms about Ann Coulter.

Liberal Jews, like liberal everyone-elses, have been pointing out for years that this woman is a rabid racist. Her latest book alone should be enough to demonstrate that.

But now all the Republican Jews are whining about her, too. They’ve suddenly discovered that she’s just as much a Jew-hater as a hater of all people who are not white northern Europeans.

Here’s the odd thing. Taken as a whole, what Coulter tweeted was not the most inaccurate rant that’s ever dripped from her vicious keyboard. She was pointing out that the Republicans suck up to Israel more than is necessary. I’ve been saying that for years.

Her tweet about the “f–king Jews” was super-Jew-hatey. It was also ignorant. No one in their right mind believes that Republicans are kissing up to the reliably Democratic voters that make up the majority of the American Jewish community.

But she got in right in her follow-up tweet when she noted that it is really the evangelical Christian Zionists who are the audience for these suck-ups.

But the “f—ing Jews” thing has f—ed her up with her former Republican Jewish supporters. They might have been willing to forgive her for her 2007 comment that “Jews need to be perfected by becoming Christians,” but this one has riled them up good.

Now the same tribal, “chosen” racists are learning what the rest of us have known for a long time: Ann Coulter is a hateful putz.

It’s a shame that the only lesson that some Jews have learned from Jewish history is that hating Jews is the only injustice worthy of our attention. 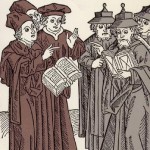 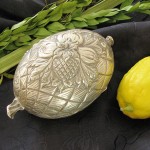 September 29, 2015 Happy Sukkot!
Recent Comments
0 | Leave a Comment
Browse Our Archives
get the latest from
Nonreligious
Sign up for our newsletter
POPULAR AT PATHEOS Nonreligious
1