Patheos Explore the world's faith through different perspectives on religion and spirituality! Patheos has the views of the prevalent religions and spiritualities of the world.
Ben Carson speaks with great authority about the Bible. This is in spite of the fact that Ben Carson doesn’t know seem to know anything about the Bible. Last week he was asked about why he opposes gay marriage. He remarked that legalizing it now opens the door to the “the next natural question”: Why should we not open marriage up to polygamy?

The whole gay marriage issue, he noted, shows how America is ignoring “the word of God” and tossing “the whole thing in the garbage.”

But it is actually Carson who is tossing God’s word into the trash! Why else would he have the audacity to bring up polygamy? Chutzpah!

The Bible loves polygamy. The Bible is filled with polygamy. My ancestor Jacob* – who later became known as Israel – had two wives and two concubines, too! Together they gave birth to all the fathers of the tribes of Israel.

*Jacob is, of course, a fictional character. 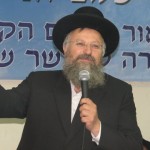