I’ve mentioned before that I’m still a paid-up member of the Reform movement’s Central Conference of American Rabbis. Because of this I get to lurk on the Facebook page and hear what’s on the minds of Reform rabbis.

Yesterday I learned that some of the major lights of the movement have opinions about the latest wave of terror in Israel that I find stunning.

I won’t mention any names here – that would betray the closed nature of the group – and I won’t quote anyone extensively.

But just to give you a sense of what I’m reading, I can tell you that the rabbi of one major congregation has directed his ire solely and only at the PA and Mahmoud Abbas, noting that the world is silent when Jews are killed. After disparaging the “despicable” New York Times, he closed by writing, “Shame! Shame!”

In a column in Haaretz, Chemi Shalev made an interesting observation about how American Jewish groups (like the Israeli government) respond to the violence. Referring to statements issued by the Conference of Presidents of Major Jewish Organizations, the World Jewish Congress, the Anti-Defamation League and the American Jewish Committee, he wrote:

They all condemn Mahmoud Abbas. They all cite Palestinian incitement as a major cause of violence. None of them mention 48 years of direct Israeli control over the Palestinian people, in the West Bank and, yes, in East Jerusalem as well.

Not a single one of them mentions the one word – occupation – that sums up those 48 years of control:

If you utter the explicit word, it seems, you stand accused of justifying the terrorists and if you don’t, you’re not culpable in any way.

…So the stabbings and the shootings are a product of Palestinian “lies” about the Temple Mount; the result of the Palestinian Authority’s outrageous agitation; the consequence of inflammatory textbooks and rabble-rousing religious leaders; the manifestation of a culture of hate and terror that is spreading throughout the Middle East; another chapter in the long saga of Muslim rejection of Jews in Palestine that’s been there since time immemorial. All valid points, perhaps, but all pale in the shadow of occupation.

Two weeks ago when Rick Jacobs, president of the Union of Reform Congregations, issued a statement that addressed the violence, he was pummeled by his colleagues for also including a call to end settlement building.

Reform rabbis are on record opposing settlements, but this didn’t stop one of them from characterizing Jacobs’ condemnation of the settlements as “peace pabulum.” Others pointed out that there’s no connection between the settlements and the violence.

For some rabbis, it seems, there is no connection between their brains and reality.

Reform rabbis are arguably the most social justice minded and liberal clergy in Jewish history. The Reform movement has always been on the right side of social justice issues. When some of them can no longer understand the damage that almost a half-century of occupation has done to both Israel and Palestine, I fear that progress is even further away than I’d hoped. 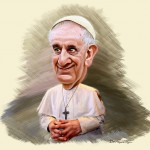 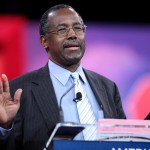 Russell Moore and the Leaked Letters:...
Roll to Disbelieve
Related posts from The Atheist Rabbi