Well it seems that the topic of the day is “prayer-shaming,” prompted by yesterday’s New York Daily News front page headline about the San Bernardino shooting. It made the important point that maybe some people should stop praying so much and actually do something.

Michael Knopf, one of “America’s Most Inspiring Rabbis,” recently asked in The Times of Israel, “Why Should I Pray if I Don’t Believe in God?”:

For many of us, myself included, prayer is one of the most challenging aspects of Judaism. After all, to whom or what, exactly, are we praying? What, if anything, can that entity actually do about the things for which we’re praying? And of what benefit is praying by reading from a book that is filled with hundreds of pages of words that are not ours and that are written in a foreign language? What are we to do with all the prayerbook’s God-language -especially since studies estimate that between half and two-thirds of Jews are agnostic or atheist, and most of the rest of us reject the God-idea described by classical theology – and the God of the prayerbook is so evocative of the God-idea most of us spurn?

He offers us this:

…[W]e must first dispel the biggest myth about Jewish prayer, that its purpose is, primarily, to persuade God to intervene in our lives and world, even, if necessary, by supernatural means.

The vast majority of Jews who pray every day are Orthodox. I think that a great number of them would be surprised to learn that what they believe about prayer is a myth.

Perhaps Knopf’s agenda is to change this. If he can inspire all of us non-believing Jews to start regularly praying, maybe we will soon outnumber Orthodox Jewish worshippers!

Here’s the path to meaningful prayer that he illuminates for atheists:

The siddur [prayer book] invites us to use God – the exemplar of love, justice, experience, and compassion – as the yardstick to measure our lives.

…So, for example, when one recites the prayerbooks’ words pote’ah et yadekha u’masbi’a l’khol chai ratzon, that God opens God’s hand and with love sustains all the living, that mirror asks, “Have you done enough to feed the hungry?” When one says oseh ha-shalom, that God is the maker of peace, that mirror asks, “Have you been working on peace inside yourself? How about within your household? Your community? What have you done to fulfill the prophetic vision that ‘Nation will not lift up sword against nation?’”

If you know Hebrew you might have noticed that Knopf himself is uncomfortable enough with his own cherry-picked text that he’s mistranslated it. A more accurate reading is, “You open your hands to all, satisfying the desire of every living thing.” It’s from Psalm 145:16.

Even if there is a God, this sentence is plainly untrue. But since we’re being asked to make the prayers a mirror, a Knopfian reading might yield this interpretation: “Let’s all open our hands to attempt to satisfy the needs of every living thing.”

I suppose he just loves Jewish tradition too much to just say that.

The rabbi continues by showing us the trick to how prayer can work even if you don’t believe in God:

… [Y]ou don’t need to believe in God [his emphasis] in order for prayer to work. Though the rabbis who wrote the Siddur believed in the existence of the God they were describing, those of us who struggle with belief can just as easily see the God of the siddur as a personification of our tradition’s highest human ideals. And whether you are a believer or a doubter, viewing yourself in the light of this God idea can push you to clarify your highest hopes, discover your true aspirations, feel the pains you regularly ignore, and recall the longings you so often forget.

Non-believers do not require a personification of our ideals to serve as an “exemplar of love, justice, experience, and compassion.”

In fact, we think that the anthropomorphization of “human ideals” into a super-being is quite a bad suggestion. Actual humans don’t handle metaphorical personification very well. And this is not just any personification. This is the personification of our ideals into “God,” a character laden with so many different and contradictory personas and motivations that “multiple personality disorder” doesn’t quite do him justice.

There are so many incongruous understandings of “God” that pretty much anything can be done in God’s name. This is why lovely idealists like Knopf and less lovely ideologues like Ted Cruz are constantly battling over what the Lord really demands.

Serious Secular Humanists give a great deal of thought to which values and ideals should guide our behavior. We identify them through reasoning and other human considerations, not through ritualistic recitations of ancient formulations re-interpreted in ways that their authors would have found laughable. This personification business adds a layer of complication that non-believers reject for good reason. Personally, I would rather talk about the actual ideals.

So to Knopf – and all the other rabbis who are desperately trying to salvage Jewish prayer for the non-believer – may I respectfully request that you please knock it off. All the prayer-shaming in the world is not going convince us that talking or chanting to an imaginary deity, especially one as problematic as “God,” will make us better people.

But hey, if it works for you then go for it. 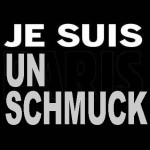 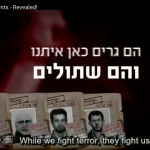 December 17, 2015 Defaming the Left in Israel
Recent Comments
0 | Leave a Comment
Browse Our Archives
get the latest from
Nonreligious
Sign up for our newsletter
POPULAR AT PATHEOS Nonreligious
1