This is the sort of “breaking news” that I don’t usually blog about, but in this case it’s personal.

Prof. Yaakov Malkin, one of the great leaders of Secular Humanistic Judaism in Israel (and father of Rabbi Sivan Malkin Maas), woke up this morning to find his Jerusalem home vandalized.

A Star of David and the phrases “Psalms 139: 21-24” and “Destruction of Amalek” were scrawled on the fence surrounding his home. A knife and an envelope containing a threatening letter were also found at the scene, reading “a Jew whose hands are bloody resides in your street. This Jew received a severe warning.”

The letter to Malkin said, among other things, that “this is a warning for you to immediately end all atheist and heretic activity that you take part in or lead. You must absolutely and immediately stop your actions to dismiss and incite the people of Israel from their God.”

“Should you continue your actions following this warning, know that you are yourself choosing to forsake your fate and future. Do not cross the line. This isn’t a futile warning, it is completely and absolutely serious, treat it as one. You will not receive another warning,” it said.

The letter was signed, “your brother who brings to you the word of God your creator and king, the father still waiting for your return to him.”

The movement has not been the subject of too many such attacks. Rabbi Maas told Haaretz:

… that the family hasn’t received threats in recent years and that it is unaware of people who are harassing them. However, she said that “last Yom Kippur, we published an article on the ways to mark Yom Kippur in a secular manner, and it made a very big impact. We are now engaged in activity relating to a secular Tu Bishvat. You never know what could wake these extremists.”

“The word ‘fear’ isn’t one that I relate to, but there definitely is concern. We will continue to focus on positive Judaism,” she added.

Since those early days when Prof. Malkin and Rabbi Wine worked together, Tmurah has grown by leaps and bounds. Obviously, its increasing prominence and attractiveness to secular Israeli Jews is threatening to religious extremists. Hopefully, more moderate religious voices will condemn this attack. 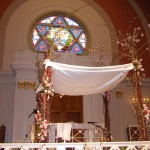 January 19, 2016
Conservative Rabbis and the Intermarriage Dilemma
Next Post 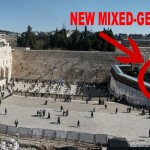 February 9, 2016 Liberal Jews Get a Piece of the Rock
Recent Comments
0 | Leave a Comment
"nice blog. I will keep visiting this blog very oftenMortgage Broker in Orange NSW Australia"
Finance Mart Trumpism Unites Neo-Nazis, Jewish Defense League
"nice topic.top colleges in canda"
Pacific Link College Prayer Is Indeed Powerful
"No true secular humanist?That’s a first"
(((-MARK-))) Atheist Jew? Apparently This Is Not ..."
"very informative information thanks for sharing it.. Finance Broker in Orange NSW Australia"
Finance Mart Some Thoughts About Islam (And The ..."
Browse Our Archives
get the latest from
Nonreligious
Sign up for our newsletter
POPULAR AT PATHEOS Nonreligious
1