Liberal Jews Get a Piece of the Rock

Liberal Jews Get a Piece of the Rock February 9, 2016 Jeffrey L. Falick

If you follow news of the Jewish world, by now you have heard about the historic decision by Israeli leaders to accommodate Reform, Conservative (etc., etc.) Jews by giving them a mixed-gender prayer space at the Western Wall.

Here’s an illustration of where it will be:

Part of me applauds the victory of my liberal theistic friends. It was not fair to exclude them from any worship at the Wall. A greater part of me, however, wishes that they would outgrow the need to worship there at all.

In their desire to get what the Orthodox get, they have demonstrated how much they share in the central weaknesses of the Orthodox.

Every time I have visited the Kotel plaza I’ve been saddened by the sheer human energy that is focused on a place of so little actual significance. Why are twenty-first century human beings still attaching such importance to rocks?

In and of itself it’s not a particularly distinguished piece of real estate. It was built by that great tyrant King Herod who was himself a vassal of his tyrannical Roman overlords. Its purpose was to hold the landfill used to expand the Temple Mount. Today it’s the closest that Jews can get to the site of the ancient Temple, now occupied by the Muslims’ shrine and mosque. Why modern liberal Jews would invest so much effort to snuggle up to the place is beyond me. They long ago abandoned any thoughts of restoring the sacrifices to Yahweh that used to occur there up top (yuck).

Social justice oriented liberal religious Jews should also not forget that the entire modern plaza was born in sin. Three days after the Israeli army gained control of Jerusalem from Jordan in June 1967, they hurriedly demolished a neighborhood that sat in the exact spot of today’s plaza, expelling 650 people overnight. One woman was even found dead in the rubble. Reform rabbis somehow always forget to mention this on their solidarity missions to Israel.

So now liberal Jews get to worship there. Not in the regular section, of course, but over on the southern side of the big bridge up to the Temple Mount in an area that has significant archeological importance for those who care about such things. Some of them will be filing a suit to stop the construction and the inevitable damage that will result from building a new platform to enable liberal mixed-gender worshippers to kiss the Kotel and feed it their little slips of prayer.

It doesn’t take a Secular Humanist to point out the absurdity of the over-attachment to this shrine. Orthodox Jews of a more rational sort have long decried what they call Wallolatry. Rabbi Yeshayahu Leibowitz famously called it the “Diskotel.”

No matter. Superstition trumps it all. Liberal Jews are not about to abandon their right to worship at (of?) the Wall. Neither its banal origins nor its modern birth in sin nor the physical damage it will produce will keep them from claiming their piece of the rock.

Personally, I look forward to the day when human beings have grown beyond their need for special magical places in which to better communicate with their Imaginary Friend.

In any case, congratulations to Reform and Conservative Judaism for this questionable achievement. 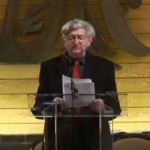 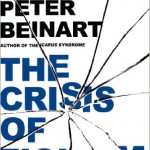 February 23, 2016 My Crisis of Zionism
Recent Comments
0 | Leave a Comment
Browse Our Archives
get the latest from
Nonreligious
Sign up for our newsletter
POPULAR AT PATHEOS Nonreligious
1