My previous post about Trump raised the hackles of a couple of members of the Republican Jewish Coalition (RJC). They were upset that I dared to compare Trump to Hitler.

For the record, I did not compare Trump to Hitler. I did call him the the führer. But that’s just the German word for leader.

What I actually did point out was that there is no shortage of unrepentant Jew-haters pulling for Trump. And I asked Jewish Trump supporters if they weren’t just a wee bit concerned that they were getting into bed with so many of them. One Republican Jew whom I know wrote to me asking how I could dare bring up the whole topic of the KKK, David Duke, and neo-Nazi supporters of Trump when Al Sharpton has been to the Obama White House. Really, that’s what he said.

Meanwhile, Jew-hating Trumpophiles keep emerging from the woodwork. And there are so, so many of them.

Reporter Julia Ioffe felt their heat when she was absolutely bombarded by their antisemitic missives and tweets in response to her profile of Melania Trump in GQ.

Here’s what one of Mrs. Trump’s fans posted to Iofee: 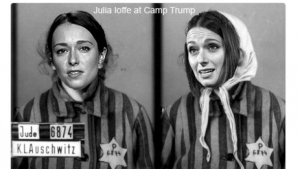 Mrs. Trump’s response? Well, she didn’t agree with her supporters, of course. But she pointed out that they had been “provoked,” after all.

What?! Was she supposed to condemn them or something?! I mean they were just standing up for her! (And the Donald needs their votes!) 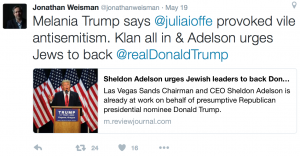 Then, as if on cue, masses of Donald-loving Jew-haters unleashed an absolute barrage of hate upon Weisman. He re-tweeted them for the world to see (until he just grew weary of it). Here are some of the lowlights: 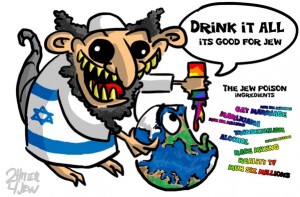 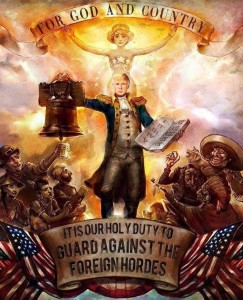 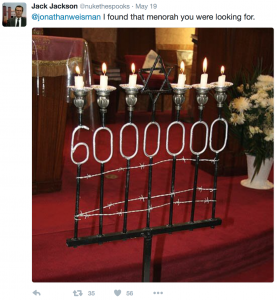 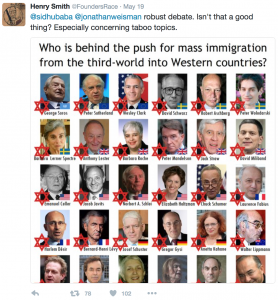 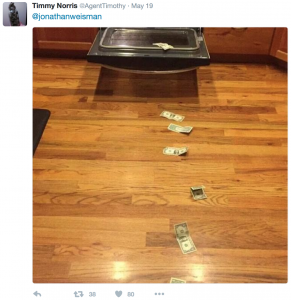 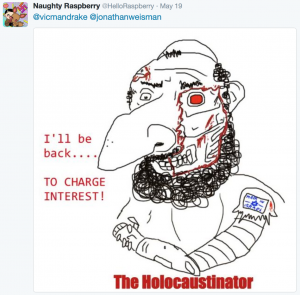 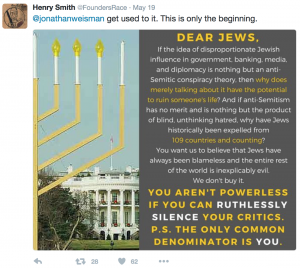 Meanwhile, the Republican Jewish Coalition has congratulated Trump and Sheldon Adelson has already pledged $100 million to his campaign.

Honestly, I don’t know who’s stupider, the RJC or the antisemites who missed the news that the RJC and Adelson are backing their hero. 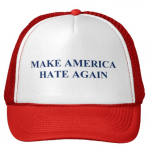 May 5, 2016
What Do Sheldon Adelson, Stormfront, the KKK, and Louis Farrakhan Have in Common?
Next Post 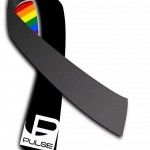 June 13, 2016 The Atrocity in Orlando
Recent Comments
0 | Leave a Comment
Browse Our Archives
get the latest from
Nonreligious
Sign up for our newsletter
POPULAR AT PATHEOS Nonreligious
1