What Do Sheldon Adelson, Stormfront, the KKK, and Louis Farrakhan Have in Common?

What Do Sheldon Adelson, Stormfront, the KKK, and Louis Farrakhan Have in Common? May 5, 2016 Jeffrey L. Falick

Patheos Explore the world's faith through different perspectives on religion and spirituality! Patheos has the views of the prevalent religions and spiritualities of the world.
I have to say that I’m beginning to understand why evangelical ministers protest about their 501(c)(3) restrictions on speaking up about candidates at official functions or in their publications.

I’m feeling their frustration as I am muzzled by the same rules at my Secular Humanistic Jewish congregation at a time when I really want to speak up about Donald Trump. I guess I’ll just have to do what everyone else does and blog about it.

Today I want to talk to any Jewish Republicans who might be considering throwing their support to Trump.

According to the Forward, many of them are already “falling into line” behind their fürher. Sorry, I meant to type “leader.” Anyway it’s the same word. In tribute to his authoritarian personality and German roots, I’ll stick with fürher.

First in line is former W. spokesman, Ari Fleischer, who says he’ll “vote for Trump over Hillary any day.” The Republican Jewish Coalition has not endorsed him, but has congratulated him. An endorsement shouldn’t be too far behind. Sheldon Adelson was asked a while back if he would throw his support behind Fürher Drumpf and replied, “Why not?”

Hey Adelson: Maybe you should take a look at what real Jew-haters (not those kids who support BDS) are saying. Because actual, real neo-Nazis are supporting him. Somehow they have the idea that he’s going to put Jews and Zionists in their place. Real neo-Nazis at websites like the Daily Stormer (named for Julius Streicher’s Nazi Jew-hating “newspaper”) are celebrating Trump’s victory. Also, the KKK loves him. And let’s not forget Louis Farrakhan whose hatred of the Jews gives white supremacists a run for their money.

Because you’re getting into bed with those people. You scream and cry and moan about a bunch of college students who support BDS but now Stormfront, the Grand Wizards of the KKK, and Minister Farrakhan are okey-dokey political partners? And you want young Jews to take you seriously? Maybe you should ask yourself what kind of values those groups identify in Trump to make them love him so much. Maybe you should wonder if those values are something you want to associate yourself with.

One thing I’ve learned from listening to Republican Jews for Trump. If they were looking for a uniter, they’ve found one in him. After all, he’s managed to unite neo-Nazis, the KKK, Louis Farrakhan, and Sheldon Adelson.

Who could have seen that coming? 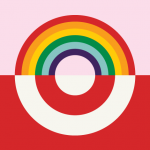 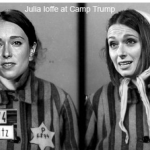 May 24, 2016 Republican Jewish Coalition Is Spineless
Recent Comments
0 | Leave a Comment
"nice blog. I will keep visiting this blog very oftenMortgage Broker in Orange NSW Australia"
Finance Mart Trumpism Unites Neo-Nazis, Jewish Defense League
"nice topic.top colleges in canda"
Pacific Link College Prayer Is Indeed Powerful
"No true secular humanist?That’s a first"
(((-MARK-))) Atheist Jew? Apparently This Is Not ..."
"very informative information thanks for sharing it.. Finance Broker in Orange NSW Australia"
Finance Mart Some Thoughts About Islam (And The ..."
Browse Our Archives
get the latest from
Nonreligious
Sign up for our newsletter
POPULAR AT PATHEOS Nonreligious
1