Whiny little brat Trump mocked a woman with a crying baby at his rally yesterday for thinking he was serious when he first said that her baby wasn’t bothering him. 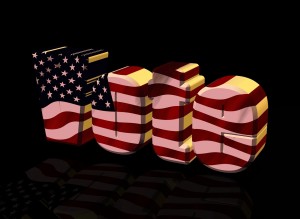 I guess the crying baby was just too much competition for his own infantile behavior. Frankly, sometimes it’s hard to tell the difference between Trump and a shrieking toddler.

Today’s whaa-whaa-whaa is all about how the election is going to be rigged and stolen from him. I loved the Washington Post’s web headline: “For Trump, a new ‘rigged’ system: The election itself.”

This would actually be kind of funny if it weren’t for the racism that gave rise to this latest round of his childish grumbling:

Trump pointed to several court cases nationwide in which restrictive laws requiring voters to show identification have been thrown out. He said those decisions open the door to fraud in November.

“If the election is rigged, I would not be surprised,” he told The Washington Post in an interview Tuesday afternoon. “The voter ID situation has turned out to be a very unfair development. We may have people vote 10 times.”

Of course he had to go there.

Ironically, as he systematically destroys the Republican Party he cites decisions by federal courts overturning voter suppression laws passed by racists in the Republican Party. This should serve as reminder that Trumpism is a GOP creation. Those laws had one purpose: to squash the voices of African-Americans.

Unfortunately, this election will be far closer than it should be. There may not be enough resentful racist white people to put Trump over the top, but there are enough to get him close.

So this year, as much or more than ever before … Black Votes Matter. Let’s all kick that whiny little brat square in the metaphorical you-know-where. 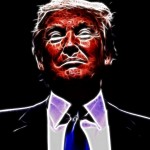