With Trump, Nothing Is “Too Far”

Everywhere that I turn, the media are asking, “Did Trump go too far with his attack on Khizr and Ghazala Khan?” as if this is the first time that he’s “gone too far.” 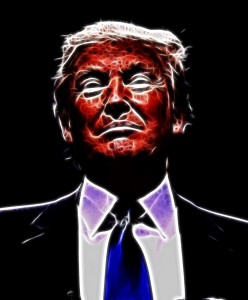 What is “too far” with Trump, anyway? Is it supposed to be the point at which somebody in the Republican leadership demonstrates a modicum of human decency by abandoning party tribalism and finally renouncing him?

Is that the definition of “too far?”

If that’s the case, then we’ve already got our answer. There is no “too far.”

Trump has already crossed so many lines that it should be crystal clear that political hacks like Paul Ryan and Mitch McConnell will continue their little game of either ignoring or tepidly criticizing his outrages.

He led the racist “birther” movement? Nothing.

He promised to ban Muslim entry to the U.S.? Tepid opposition.

He attacked Judge Curiel? Well, that was racist, but we still support him.

He refused to release his tax returns? Crickets.

He threatened NATO allies and embraced authoritarians? Mumbly promises that they’ll reign him in.

He question the sacrifices of a Gold Star family? Scattered remarks of disappointment.

There are a few Republicans demonstrating some backbone. Romney, Graham, the Bushes are among politicos who have condemned him (though Jeb blamed Obama for giving us Trump). And then there are the George Wills, Jennifer Rubins, and Eric Ericksons in the press.

But for most Republicans—the values party—he’s their man and they’re with him all the way, no matter how far.

It’s time for the press to stop asking if he’s gone “too far.” Republicans have gone all in with Trumpism.

There is no longer anything “too far.” 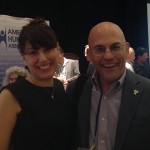