I get pretty steamed when I hear about Catholic parishes placing unnecessary obstacles in front of the sacraments, effectively holding them hostage until their parishioners jump through whatever arbitrary hoops are required.

One reader of The Catholic Working Mother shared her story with me, and gave me permission to repost it here:

My then-14 year old son was denied Confirmation because he couldn’t clean an AIDS hospice (full of men living there). He had severe OCD issues. He was employed by the church — had keys! He supervised when there were weekend events. He had been to all his Confirmation classes, did well, was good friends w/the DRE. He did 2 years of the program — and was told he could not be confirmed. He left the church. He’s now 27, married, no church. Breaks my heart. The other 5 kids are all happily confirmed — different church!!!! We pray for our oldest…

We volunteered to have him rake leaves for a single mom of 5 young kids. That was refused. We wrote letters to all higher ups, including the Archbishop. We were told to follow what the educators had decided. There was no priest to weigh in; he came in shortly after my son left.

This is far from the only horror story I’ve heard regarding the sacrament of Confirmation being denied due to some arbitrary service hours or attendance requirement not being met. Yet this is what Canon Law says about the requirements for receiving Confirmation:

Can. 891 The sacrament of confirmation is to be conferred on the faithful at about the age of discretion unless the conference of bishops has determined another age, or there is danger of death, or in the judgment of the minister a grave cause suggests otherwise.

What is NOT included:

Now, “proper instruction” leaves a lot of leeway for pastors/parishes, and some may argue that 1-4 above are included under “properly instructed.” However, is it really “proper” when parishes place more importance on the letter of their requirements being exactly fulfilled and refuse to extend grace, understanding, or leeway to families having a difficult time?

I’m a big fan of the Restored Order of Sacraments (ROS) — as is in place in my diocese — because it adheres more closely to what Canon Law says regarding the age of discretion (around age seven). I think the ROS also helps dispel the misconception about Confirmation being a “sacrament of adulthood” or a “rite of passage” or the way in which teenagers “become adult members of the church.”

None of those are accurate. I read with some surprise that Archbishop Charles Chaput has decided to move the age of confirmation UP to seventh or eighth grade in the diocese of Philadelphia, and I can’t help but think that is a mistake. It seems to be further cementing this misconception instead of abolishing it.

My bishop wrote a great Q&A about this issue back when our diocese first implemented ROS, and I really recommend reading it. Here’s an excerpt (all italics are mine):

13. Isn’t Confirmation a sacrament of maturity that should come after First Eucharist?

Not really. Confirmation is actually the completion of Baptism (by the full gift of the Holy Spirit). The perfection of baptismal grace found in the Sacrament of Confirmation is not dependent upon age or knowledge of the confirmand. The grace that is conferred is a free gift and ‘does not need ratification’ to become effective (Cf. CCC 1308). The common practice of high school reception of Confirmation has given the impression that somehow the sacrament is merited by virtue of age or training. In truth, the Sacrament of Confirmation is an effective vehicle of grace at any age as long as it is validly conferred. Thus, those that receive the sacrament are able to reap its benefits from the moment of reception. The graces of this sacrament conferred at a young age could be of great assistance to young people as they grow toward adolescence and young adulthood.

Since the grace of confirmation is not dependent on the age or knowledge of the confirmand, it makes no sense to deny Confirmation because a child has only completed 25 of 40 required service hours or missed two CCD classes during the preparation year (and yes, the latter is an actual case reported to me).

There was a great discussion about this issue in the Catholic Working Mothers Facebook group, and member Sarah Mason had a very insightful perspective (posted here with her permission):

“If [confirmation is] done as children, then it stops CCD from seeming like a prison that you pop in for a year here and there. And it stops warping the sacraments into decisions we make or a graduation, rather than the gifts of love from God that they are. Right now, CCD seems to be about the doctrine and the rules, with no time to foster prayer and relationship with God. THAT is the problem of today’s Catechesis. We don’t give people a true reason to stay and keep learning. CCD shouldn’t be about cramming facts down throats. It will and does fail to retain people when it does this.

As a 7th grade Confirmation Catechist of 5+ years, we need to revamp Catechesis. We need to restore the original order of the sacraments … to infancy! And we need to adopt Catechesis of the Good Shepherd for the Roman Rite like Pope St. John XXIII wanted.

If we give the sacraments in infancy, then learning your faith becomes an invitation to enter deeper in understanding of the gifts you already possess. As it’s done currently, we hold the sacraments hostage and it says to our teens that there actually isn’t anything good here, because we have to resort to imprisoning them in sacramental prep classes to get them to come.

The Catechesis is failing because we start it too late, the kids don’t have the sacramental graces they need and have a right to, and we have turned learning about God purely into a classroom experience, rather than a personal relationship with a person we continue to learn about, talk to, and listen to.”

Service projects are indeed a great way to foster a spirit of charity and servanthood in children and/or teens, but MANDATORY service projects defeat the entire purpose of the exercise. They turn serving others into a box to be checked and not a gift of love.

As someone who regularly and faithfully takes her children to religious ed classes almost every Monday afternoon during the school year, I recognize the importance of consistent attendance. But things happen — illness, accidents, even sheer forgetfulness due to a stressful home life.

If the child signs up and never or rarely attends, that’s indeed a conversation worth having with the child’s parents — but it should be from the position of, “How can we help get your child to class?” not “If we don’t see him/her in class X number of times, we will deny the sacrament!”

And don’t get me started on the student who has faithfully attended all classes, has completed all service hours, but for whatever reason has to miss the mandatory confirmation retreat and is thus denied the sacrament (another true story that was imparted to me).

It’s legalism, plain and simple, and we can’t let legalism keep people from the Sacraments. 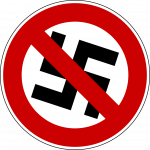 April 8, 2018
The Right to Free Speech Doesn't Include Immunity from Criticism
Next Post 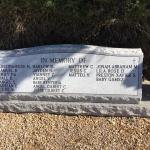 April 14, 2018 More Information About Burial for Miscarried Babies Is Needed
Recent Comments
21 Comments | Leave a Comment
"I wish men didn't have such negative attitudes toward women. And then call it the ..."
CagOC What Does the Catholic Church Teach ..."
"Ripperger lives in an echo chamber where everyone thinks it's still 1895, with the imagined ..."
Larry Bud Fr. Ripperger Reduces Fathers to a ..."
"The demons of Feminism are working overtime, especially now 3 years later. We're in clown ..."
stormy the hexican Fr. Ripperger Reduces Fathers to a ..."
"Unfortunately, I have to wholeheartedly disagree with you here, although I understand where you and ..."
Bob What To Do When You Can’t ..."
Browse Our Archives
Related posts from The Catholic Working Mother