ThoughtfulGiftCards.com – Is It a Scam, or Just Shady Marketing?

A member of Catholic Working Mothers posted this in the group today (post and pictures shared with her permission):

A card came in the mail today and my address was printed onto it. The card was stuffed with a bunch of gift cards and a receipt for them—totaling over $200 but to places I’ve never heard of. There was a receipt too. The websites for these cards seem to indicate they are real and valid but again, all places I’d never heard of until today.

The inside of the card is some well wishes from “Jen.” I know a few Jens, but I don’t think I’m close enough with one that she’d spend $200 on me. No return address. Zip code on the postmark is a Salt Lake City one. […]

So…anyone familiar with a scam that does this kind of thing?

Edit to add: I just had a baby not too long ago which makes this seem less out of left field. Still…

A Google search led to a thread on Reddit, revealing that other women had received identical cards. One person said:

My wife received the exact same thing in the mail today! Same exact description of everything, dates, times, locations, etc. We spent a good 20 minutes wracking our brains for who our generous friend Jen was! What did everybody else’s card say? My wife’s said “Don’t worry…..you’re the good kind of fat” and it had a pregnant avocado on it.

I received the same thing today with the same gift cards you mentioned with the identical gift cards price. It was a card with an avocado that said don’t worry you’re the good kind of fat. With the same message so excited for you! Hope you like these. Heart Jen. I told me husband I have no relatives in Utah or have a family member or friend named Jen. It came with the receipt with the 5% off Groupon on the bottom -11.50. Glad someone else got it, so I know it’s a scam.

But Is It a Scam?

The website itself, ThoughtfulGiftCards.com, doesn’t give much info. There’s no “about” page, and only a 1-800 number and a live chat option (both of which could easily be a front for scammers) for contact info. Even more suspicious, the social media links at the bottom right don’t go anywhere.

They’re placeholder links that link to the homepage. That’s a suspicious sign – why are they advertising a social media presence that they don’t have?

Digging a little deeper, all of the “gift cards” are from companies that have the same parent organization: Mother’s Lounge. Mother’s Lounge has an actual Facebook page, but their most recent posts are from 2015, and the number of likes is extremely low for a company in this niche. Their blog contains recent articles, but the articles are boilerplate and are likely ghostwritten by an outside firm.

The gift cards themselves? They’re not really gift cards. They’re cards with promo codes — if you put in your promo code, you get a “free” product and you only pay for shipping. The catch is, the shipping is expensive — $15-20 — and, in all likelihood, the products themselves are fairly cheap and not high quality.

There are also reports of possible scam activity associated with these promotions. Per one of the commenters in CWM (shared with permission):

So we got those. Bought stuff and had our credit card compromised shortly after and we think it was from this. This was 2.5 years ago in Canada but I just wanted to share.

But other commenters reported that they had ordered products, received them, and had no suspicious activity on their credit cards.

Maybe Not a Scam…

But definitely suspicious and more than a little shady. Maybe they think it’s a clever marketing tactic, but I think it’s pretty scammy that they are portraying these glorified coupons as gift cards, to the point of including a fake receipt and a personal (fat-shaming!) card from “Jen” — instead of being honest and identifying themselves as a corporation sending out promotional codes.

Their real business, in my opinion? Data mining. They collect your information and sell it to others for their mailing lists. That is probably where the actual profit comes from. Given that there have been several reports about compromised credit cards after purchases have been made, there might be something shady there, too.

I recommend tossing these cards if you get them. Even though the products are real, do you want to do business with a company that has such shady marketing tactics?

However, if you do decide to order some of their products, maybe take an extra step to be safe and purchase a Visa or MasterCard debit gift card first, and using that to make your purchase, just so you aren’t giving the company your credit card information. Better safe than sorry. 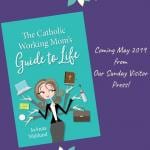 February 9, 2019
What Does the Catholic Church Teach About Working Mothers?
Next Post 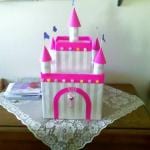 February 14, 2019 The Day I Became One of "Those" Moms: A Valentine's Day Tale
Recent Comments
9 Comments | Leave a Comment
Browse Our Archives
Related posts from The Catholic Working Mother 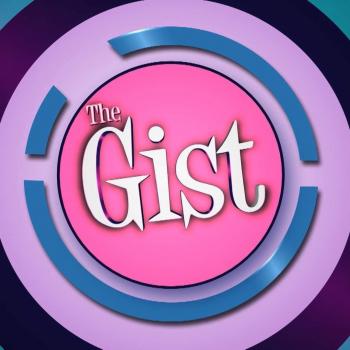 Catholic
Catch Me on “The Gist”!
The Catholic Working Mother
TRENDING AT PATHEOS Catholic