Nobody has ever died from not having sex…

Nobody has ever died from not having sex… May 8, 2012 Katrina Fernandez

… One of the first lessons I learned as a young woman was that just because a man sexually desires you does not mean he loves you. It’s a hard lesson for so many girls to learn. “Why would he kiss me if he didn’t like me”? He kissed you because boys like to kiss. Girls like to kiss too, but for completely different reasons. Girls kiss because first comes love, then comes marriage, then comes Suzy with a baby carriage. A boy will kiss simply because some girl let him. 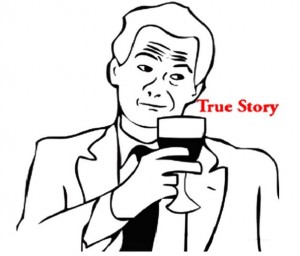 If anything sex is the ultimate physical manifestation of pure married love. I add “married” because those are my beliefs, which you are free to disagree with – I care not. But we can all agree that sex is ultimately designed as a manifestation of love and for the procreation of children. We want to have children with people we love – typically. Sex without love is; however, a manifestation of nothing other than some raging hormones, chemically stimulated pheromones, and maybe some alcohol.

Can you have love without sex? Of course you can! Think about all the important people in your life right now that you love dearly. Are you having sex with them all? Ew. Creepy. Of course you aren’t! Having sex with someone is not the only way we show love. If you think it is you may have a very narrow and perversely warped definition of what true love is.

Where does this idea come from then, that in order for us to be loved we must be having sex and that if we can’t act on our physical urges then we must be lonely?

Does it come from society? I think so. It’s society that is sex obsessed not the Church. The Church makes statements regarding sexuality in defense of society’s sexually saturated assault against human dignity.

Let’s look at what society’s meaning of sex has reaped. For the better part of the past 50 years, after the Sexual Revolution, we have millions of aborted babies and their wounded depressed mothers, rampant STDs, broken homes, a high divorce rate, pornography, and sexualization of children. It is safe to say that all this sex without love and marital commitment has proven that the Church has been right all along. Humanae Vitae clearly foresaw all these moral declines. Free love, sex without love and outside the bounds of marriage, has made us more depressed than ever. [pick a source, sadly there’s plenty to chose from]

I would also like to reiterate that sex isn’t some disease you will die from by not having lots of it. Sex is not a medical emergency. You will no more die from lack of sex any more than you are doomed to a life of lonely, depressing, sadness because you are not sexually active. Believe me, I understand the basic human desire for physical intimacy. I am not a robot devoid of emotions. I am a single Catholic woman who struggles with celibacy and, at times, sexual frustration. I have always been frank about my life as a single person and the struggle that entails. I don’t recall every once haughtily admitting I was above temptation.

Homosexuals, as well as single people [myself included], are called to live lives of celibacy. I can think of a hundred worse ways to live. It is hard, yes, but the difficulty of my situation has not killed me or made me utterly miserable. In fact, of all the trials an individual must suffer to endure not having sex is a pretty shallow, first world problem. Food, shelter, clean drinking water, sex? Priorities, please.

Yes, I may not be having sex but that is only one very small aspect of my life. I am not defined by whether or not I am sexually active and who I am sexually active with. I am a Catholic. A Puerto Rican. A mother. A daughter. Niece. Cousin. Writer. Killer of plants and vegetation. An artist. A very poor violinist. A friend. A best friend. A burner of dinners. A partner in crime. A person with many many interests, likes, and hobbies.

Just as I am sure homosexuals are not solely defined by who they have gay sex with. If they made their own list it would be just as long as varied as mine. First and foremost they are humans and deserving of dignity. Our Church actually says so. Contrary to popular belief, neither myself nor the Catholic Church hate gays or want them to suffer lonely miserable lives…

[CCC2358] The number of men and women who have deep-seated homosexual tendencies is not negligible. This inclination, which is objectively disordered, constitutes for most of them a trial. They must be accepted with respect, compassion, and sensitivity. Every sign of unjust discrimination in their regard should be avoided. These persons are called to fulfill God’s will in their lives and, if they are Christians, to unite to the sacrifice of the Lord’s Cross the difficulties they may encounter from their condition.

… just practice chastity; which is what myself and millions of other people on the planet not having sex are doing – and not dying from it, might I add. In fact, it’s quite the opposite of misery and death, this not having sex. Instead of having premarital sex I am doing a whole bunch of fun things like not worrying I may be pregnant [because abstinence is the only 100% effective method of birth control] or have a STD. I am not dying from HIV. I’m not worrying if that night meant anything to him. I’m not feeling used. Or confused. I am not feeling like I compromised my dignity for fleeting moments of passion and all that other nastiness and guilt that comes along with sex outside the realm in which God intended.

But mostly, and this is the best ever, I am free of physical attachments that typically complicate relationships. To say that the absence of sex in my life has made things considerably easier and complication free would be a monumental understatement. It’s, and I mean this quite sincerely and honestly, one less damn thing I have to worry about.

To summarize, sex does not equal love. You can show love for someone without having sex with them. You can experience love and happiness without sex. And you do not have to live alone, miserable or lonely just because you are not having sex.

May 8, 2012 NC overwhelmingly votes in support of the Marriage Amendment...
Recent Comments
74 Comments | Leave a Comment
"Pithy and so, so, true. If it were possible, I'd post a million of these ..."
Vicky Hernandez #whyIstayed Why Women Stay In Domestically ..."
"All the best to you, Katrina! We'll miss you. Thanks for sharing your journey with ..."
Lori Ten Years is a Long Run…
"Bon voyage on your new endeavours. And thank you."
Cordelia Ten Years is a Long Run…
"I will miss your unique, funny, honest voice. Thank you for all the years of ..."
Jim Vogel Ten Years is a Long Run…
Browse Our Archives
get the latest from
Catholic
Sign up for our newsletter
POPULAR AT PATHEOS Catholic
1

Whose June Is It?
Mudblood Catholic
Related posts from The Crescat