Why Does Obama Heart Planned Parenthood So Much…

Why Does Obama Heart Planned Parenthood So Much… July 26, 2012 Katrina Fernandez

… Why is our current POTUS so focused on women’s reproduction, almost to the point of obsession? It would seem, in fact, that the whole Democratic party is sex obsessed, basing their political platform entirely on the imagined “rights” of abortion and free birth control.

On July 3rd the state of NC voted to redirect $343K of government funding from Planned Parenthood to much more deserving county health departments. It was a year long battle and the “second time legislature overrode Democratic Gov. Bev Perdue’s veto of a budget de-funding Planned Parenthood.” [source]

But the celebration was premature. Turns out, Obama cares not for the will of the state. His administration “usurped the will of the North Carolina legislature by awarding $426K in federal grants directly to Planned Parenthood affiliates in the state” [source]. This is the third time this month he’s taken it upon himself to override state legislature’s plans de-fund Planned Parenthood. 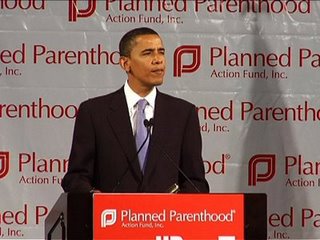 So why? Why does Obama and his cronies heart PP so much? Why is it so important for this administration to control – through our tax money and government funding – women’s reproduction? Yay! Free Malthusian Belts for all!

I sincerely do not understand this deep seated goal of theirs to warp sexual activity for recreational use only and remove from it all consequences- even the romantic and emotional ones. It’s a truly odd way to control people.

It’s this president’s one defining act; to provide free birth control, sterilization,and abortion to the masses. Obama likens us to a nation of stray cats in heat that need to be neutered. And why aren’t more people outraged at his belligerent determination to put this one issue above all others? Instead of working on the every growing – daily growing – beast of a national debt he chooses to focus on reproductive issues. Reproductive issues disguised as health care reform. Eugenics disguised “preventative care”. It boggles the mind.

I’m all for helping people with outrageous medical costs and making prescription medications more affordable but that’s not what he’s doing. Instead of insulin and life saving heart medications that the elderly rely on he’s pushing condoms and pills on people. Because why? Of all things, why free birth control? Because babies are icky, nasty little brutes?

I cannot grasp why the leader of the free world is allowing himself to be in the pocket of Planned Parenthood. This one organization holds such powerful control over his administration. Why? What is really going on here?

July 26, 2012 Chicken Gate - An Exercise in Media Induced Hysteria and Fascism...
Recent Comments
0 | Leave a Comment
"Pithy and so, so, true. If it were possible, I'd post a million of these ..."
Vicky Hernandez #whyIstayed Why Women Stay In Domestically ..."
"All the best to you, Katrina! We'll miss you. Thanks for sharing your journey with ..."
Lori Ten Years is a Long Run…
"Bon voyage on your new endeavours. And thank you."
Cordelia Ten Years is a Long Run…
"I will miss your unique, funny, honest voice. Thank you for all the years of ..."
Jim Vogel Ten Years is a Long Run…
Browse Our Archives
get the latest from
Catholic
Sign up for our newsletter
POPULAR AT PATHEOS Catholic
1